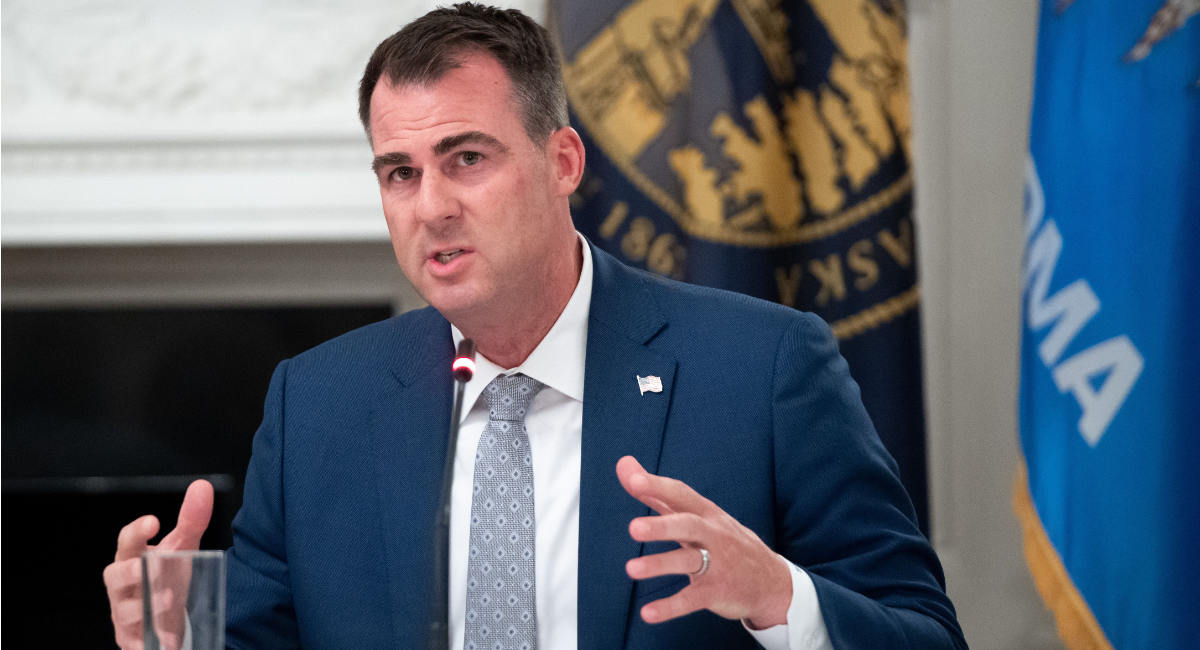 The work of APRN providers in Oklahoma is getting boosted by Gov. Kevin Stitt’s Helping Every Life and Parent (HELP) Task Force initiative.

The executive order stated in part, “Being pro-life entails more than being ‘pro-birth;’ it also entails renewing our efforts to support mothers throughout pregnancies, especially crisis pregnancies. While Oklahoma already has a strong network of Crisis Pregnancy Centers, I want to ensure all possible measures are taken to support both the unborn and mothers during crisis pregnancies.”

The task force will be charged with studying, evaluating, and making recommendations that support pregnancy help centers, foster adoption, channel resources for women in unplanned pregnancy, raise awareness of life in the womb, and empower non-profits and faith-based organizations to support women and families.

It will also act on a recommendation to establish a statewide cooperative network and process to make Abortion Pill Reversal available.

“Gov. Stitt’s order creating the Task Force beautifully expresses its mission: to ‘do justice, love kindness, and walk humbly in support of Oklahoma mothers and families,’” she said. “We commend the governor for taking this step and all our local allies working to make Oklahoma one of the safest, most supportive states in the nation for the unborn and their mothers.”

The 11-member task force is chaired by Juli Merciez, RN, BSN. Merciez has served as a nurse in labor and delivery and women and children’s care since 1994. In 2015 she co-founded The Cottage, LLC which provides pregnancy resources, including a mobile unit serving the Bartlesville, Okla., area as well as maternity housing.

“He took a bold and necessary step for women and the children and the families in Oklahoma and I was happy to be asked to chair that task force,” Merciez stated regarding Stitt’s order.

Mercy Sister Brigid Mary Meeks, of St. Francis Health System in Tulsa, and a 2022 graduate of Villanova Law School, participated in the state sub-committee examining the efficacy of APR and recommendations to the HELP Task Force regarding use of the protocol and building a statewide network of providers.

After researching the matter with the assistance of Heartbeat International and other pharmacists, providers, and hospitals in the nation, the sub-committee determined its recommendation:

“It is the recommendation of the Task Force to establish a statewide cooperative network and process for the availability of the Abortion Pill Reversal, in conjunction with Heartbeat International, Saint Francis Health System and other health systems, clinics, pregnancy centers and providers.”

“We were excited to give him that recommendation which will be led by Heartbeat and St. Francis and we’re going to stand behind that and be proponents of seeing that network come to successful implementation,” Merciez said. “It is a true choice for women’s healthcare in Oklahoma.”

Merciez praised the efficacy of APR, remarking on the significance of the planned collaboration to provide APR in Oklahoma.

“Heartbeat has led the abortion pill reversal for years and we’ve seen the statistics of the effectiveness of that,” Merciez said. “For St. Francis to work with Heartbeat International and develop kind of a centralized hub and then a network throughout the state, that’s a big task.”

Progesterone is the natural hormone in a woman’s body necessary to sustain pregnancy. It is regularly prescribed for women who show naturally low levels of the hormone during pregnancy. The first pill of the chemical abortion regimen suppresses the woman’s ability to produce progesterone.

Christa Brown, director of Medical Impact at Heartbeat International, also noted the significance of strengthening the network of APR in Oklahoma through the statewide co-op.

“In a time when women can receive abortion pills, not only at abortion facilities, but also delivered directly to their homes through telehealth or order on website, it’s important that women also have options to continue their pregnancies,” Brown said.

“APR does not limit access to abortion or reproductive decisions, as these patients have already begun abortion,” she said, “but rather provides options to those who are having regret.”

Brown remarked on the safety and effectiveness of the APR protocol.

“Providing progesterone in pregnancy is safe for moms and safe for babies and is a very common practice in prenatal care,” said Brown. “The APR protocol utilizes an FDA-approved drug to support the pregnancy which was destabilized by the first abortion drug. APR is effective nearly 70% of the time and the women we assist continue to be thankful for our help and support.”

Merciez referenced the research brought to the Task Force concerning APR, saying, “Now we’re seeing, and part of science is what is seen as an outcome, what we’re seeing in terms of outcomes is that APR is working.”

She also noted that progesterone is routinely prescribed to sustain pregnancy.

“Providers regularly prescribe progesterone in cases of natural depletion to support pregnancies,” she said, “this should not be different when a woman is experiencing a depletion in progesterone for chemical reasons.”

“Progesterone does not cause harm,” Meeks added, “and there is evidence that it has benefit. Furthermore, toxicology principles support these protocols—it’s a matter of providing an agonist to override the antagonist.”

“There is way more benefit than there is risk,” Merciez continued. “There’s been little risk to mom because the high dose progesterone that’s given has been used for naturally threatened miscarriage for many years. If we’re using the same medication for chemically induced threatened miscarriage, why would we not do that?”

“Why would not give women that choice?” she asked. “Our recommendation was to inform the governor and staff and key leaders that this network is going to be an option and a choice for women across Oklahoma.”

Merciez said she is excited for her state and that APR needs to be a choice for Oklahoma women.

“When she’s swallowed that first abortion pill and she wants a choice to reverse it, we should give her that option and that choice,” she said.

Brown noted that there are many children out there who would not be alive today if it were not for this choice.

“Statistics show that more than 4,000 lives (and counting) have been saved through the APR protocol,” she said.