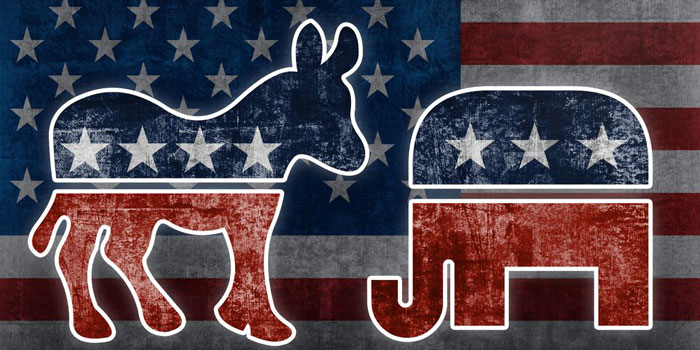 According to the popular media narrative, abortion opinions are largely split along party lines: Republicans are pro-life, and Democrats are pro-abortion. On the surface, this seems to be true. But when you look a little deeper, it becomes clear: abortion is not a partisan issue.

According to the popular political blog, FiveThirtyEight, polling shows that, contrary to common thought, pro-lifers are not exclusively Republicans. Results released from the Pew Research Center in 2017 show that while most Republicans are, in fact, pro-life, 34% of them support legalized abortion in all or most cases. As for Democrats? 22% are pro-life. (And that’s just the people who believe abortion should be illegal in all or most circumstances.)

Polling results also show that, even among people who want abortion to remain legal, they do not support the extremism currently embraced by pro-abortion advocates. While the media gleefully trumpets supposed support for Roe v. Wade, the reality is that only 12% of Americans want abortion legal through all nine months of pregnancy, on demand, for any reason.

The majority of Americans want abortions limited to the first trimester, see it as morally wrong and as doing more harm than good, and want it completely banned after 20 weeks. The overwhelming majority also support laws that protect women and their preborn children — laws like informed consent, waiting periods, and parental consent. These are all things that groups like Planned Parenthood and NARAL Pro-Choice America oppose. Almost half of all Americans also believe that life begins at fertilization, something that the science of fetal development has proven. And these people exist on both sides of the party line.

There are Republicans who vote against pro-life bills, and who protect Planned Parenthood. And meanwhile, there are pro-life Democrats desperately fighting to find a place in their party, and who continue to support pro-life laws. It may seem like an insignificant detail, but it matters. The pro-life issue is much more nuanced than abortion supporters would have us all believe.

Being pro-life is not a “Republican” issue any more than being pro-choice is a “Democrat” one. Pro-lifers come with different religious and political beliefs, and they are united by one thing: the desire to protect and preserve all human life, from fertilization to natural death.

You don’t have to belong to a specific religion or political party to be pro-life.