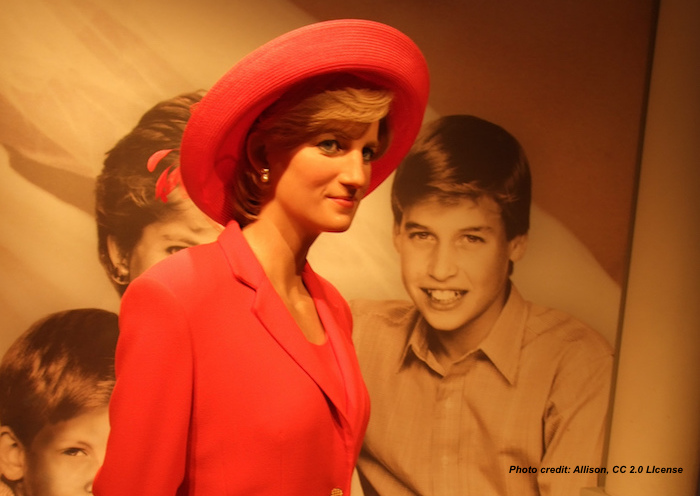 (Rachel’s Vineyard) August 31 will mark the 20th anniversary of the death of Princess Diana.

A famously popular member of the British royal family who captivated the world’s attention, Diana died after a high-speed car accident in Paris in the summer of 1997. In the aftermath of her death there was a massive outpouring of grief with the sudden loss of the “People’s Princess.”

A number of specials on Diana will run on major cable and television networks this month, underscoring the continued interest in Diana’s life and legacy.

It will be interesting to see if any of these specials touch upon an alleged event that took place in 1994, two years after she separated from Prince Charles, that forever changed the life of the Princess of Wales.

In 2004, author Lady Colin Campbell shared in her book “The Real Diana” that Diana had an abortion in 1994 during a four-year affair with art dealer Oliver Hoare. Campbell claims that Princess Diana shared about the abortion with her personal business adviser and friend Joseph Sanders.

The author wrote that Diana was in great conflict about the decision to abort. She desperately wanted to parent her baby and had an intuitive sense that this was the little girl she had always wanted. Tragically, her fear of bringing scandal upon the royal family – particularly her sons, Prince William and Prince Harry — led Diana to abort her unborn child.

As outlined in my book Forbidden Grief, women who are ambivalent or feel pressured at the time of the procedure are at greater risk for serious post-abortion reactions and complicated grief.

In her book, Lady Campbell revealed that Diana was “almost unhinged with misery and grief” after the abortion. The experience left her deeply shaken and confused.

In her distress before and after the procedure, royal watcher Victoria Mather shared:

“ … a distraught Diana made 300 nuisance telephone calls to Oliver Hoare’s home, which were intercepted by his wife and subsequently traced by the police … to the Princess of Wales.”

Diana seemed desperate to try to reach Hoare, perhaps to be consoled and share her grief. Then she was terrified that she would be prosecuted for making so many calls to his home.

“She was terrified police would prosecute her for making nuisance calls. She’d call every morning and say the same thing. I’d tell her, don’t worry; the police aren’t going to prosecute you. You’re the Princess of Wales. It was ages before she accepted that nothing would happen.” 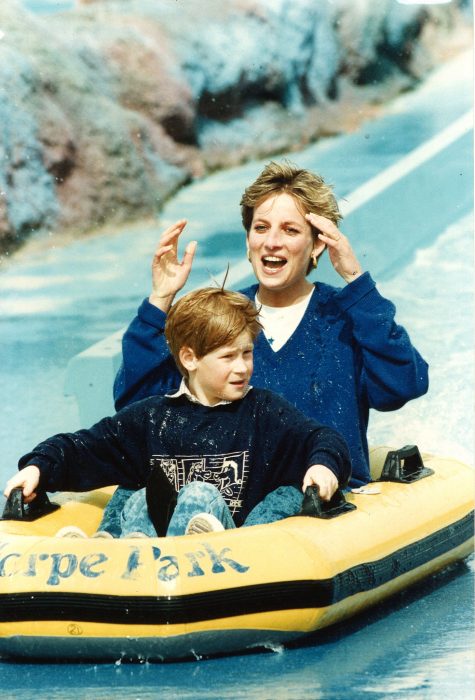 Diana’s abortion violated her core personal values. She clearly treasured her role as mother and found great joy in her children. In addition, her charity works before and after the abortion revolved around her concern for the plight of vulnerable children.

In 1991 (three years before her abortion), Diana traveled to Sao Paulo, Brazil, to comfort abandoned children living with AIDS in a local shelter. Diana was photographed holding a baby with the disease.

After her abortion and divorce from Prince Charles, Diana’s focus on children transitioned from AIDS to an impassioned concern that likely connected in a powerful way to her own traumatic pregnancy loss in 1994:

“After divorcing Prince Charles in 1996, Diana focused intensely on a handful of charities and expanded her efforts to help victims of landmines, particularly children… During this time, she met Mother Teresa, and the two women formed an inseparable bond based on their humanitarian efforts.” (The Charitable Contributions of Princess Diana)

Many women speak of the shock they experience when they discover that abortion, a supposedly simple medical procedure, was in fact a life-changing event. The shockwaves from that experience impacted their lives in ways they never thought possible. For many, it was like stepping on a landmine.

A few years after her abortion, Diana traveled to Angola. Thousands of deadly landmines still littered the landscape following 20 years of civil war. Many Angolans were killed and maimed by the hidden explosives.

Diana was photographed visiting children maimed from contact with landmines. Especially moving were the pictures of Diana and children with missing limbs.

In the aftermath of a secret and traumatic experience like abortion, it’s not uncommon for women and men to become involved with charitable causes that can in some sense repair the damage, and provide an outlet for the buried pain.

Now consider what abortion is like for a mother and child. It is likely that Diana’s experienced a first trimester aspiration abortion.

Listen to one woman share her experience of that procedure:

“They took me back to a white, stark room and put me in the stirrups … Tears streamed out of my eyes as I lay on that table the pain was something I never experienced before or after, ever. The jar was barely covered by a white paper and I could see the blood and parts of my baby that were being sucked out of me … I felt weak and sick to my stomach.”

The consolation of a saint

Princess Diana’s close relationship with Mother Teresa reveals that she hungered to draw closer to the Christ she saw powerfully reflected in this humble woman, who was one of the world’s most outspoken critics of abortion.

Perhaps Diana shared some of her personal struggles with Mother Teresa. Diana surely experienced some consolation and peace in their friendship. We can hope and pray that she reconciled with the Lord before her sudden death, which took place just days before Mother Teresa died.

As Diana’s legacy continues, we hope other men and women are encouraged to bring the pain of their own secret abortion loss into a healing experience of recovery, restoration and peace.

The Rachel’s Vineyard treatment model was endorsed by Mother Teresa. She wrote a number of letters to me encouraging our work and promising to pray for all of us. If you or someone you love is hurting after an abortion, you can find spiritual and emotional healing in Rachel’s Vineyard and other abortion recovery programs.