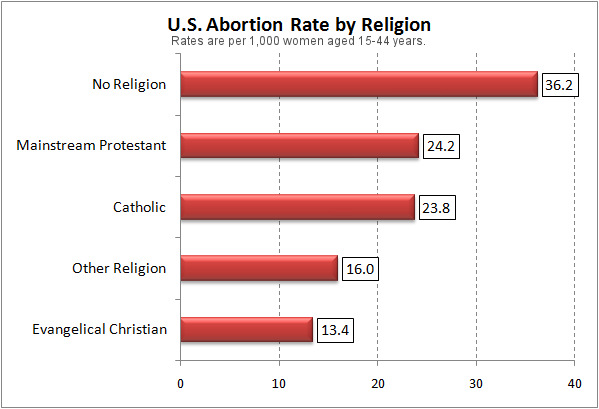 What faced with an unintended pregnancy, what do people do?