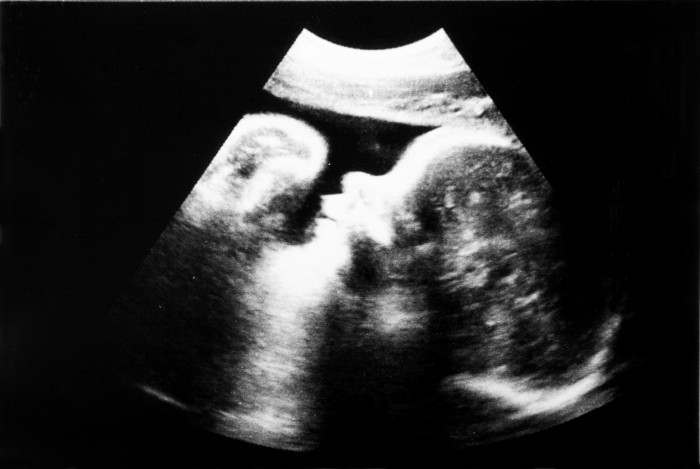 While some abortionists admit to becoming callous to the horror of abortions, others have to assuage their conscience in other ways — like by dehumanizing the human being that they’re killing. Such was the case with former abortion staffer and counselor, Amy Beeman, who writes in Salon about how her time assisting with abortions challenged her pro-abortion convictions.

She was able to get past it by dehumanizing the baby.

Beeman begins by describing the first abortion she ever witnessed:

The girl was quiet and kept her wide eyes fixed on the ceiling. I stood above and to the right of her head, feeling like I had no right to be there. Before long the girl began crying out in pain as he did his work between her legs. The assistant explained to her that the doctor was manually dilating her cervix.

She was moving around a bit as if her body was rejecting the pain and discomfort and the doctor and assistant told her in serious tones that she needed to be still. Once she was dilated enough, the doctor began the vacuum aspiration, which pulls the embryo from the uterus. The sucking noises during the aspiration sounded much like when they suck your spit at the dentist. Then, just like that, it was done and the noise stopped. The girl lay still, sobbing softly.

I followed my trainer to the lab where products of conception (P.O.C.) were inspected to make sure the doctor removed all the bits that, if left behind, could cause an infection. My trainer made a point to show me the tiny arms and legs floating in the glass baking pan. At 10 weeks and beyond, those appendages are formed and clearly recognizable.

It was all so heavy. The loneliness of those little arms and legs. That girl, so clearly suffering during the procedure. Before my job at the clinic, my stance on abortion had been so black and white. I had been firmly pro-choice for as long as I could remember. Was it possible that working here could change my mind?

Beeman recognized that this was a human being. She couldn’t deny the humanity before her very eyes. She knew that this girl was, in her own words, suffering. Somewhere, the reality of what she had just participated in struck her.

But she couldn’t abandon her pro-abortion convictions, so she convinced herself that she was helping these women —the ones who needed a sedative to get through the procedure, who cried as the lives of their preborn children were snuffed out. She couldn’t admit that what she was doing was taking a life, so she did what she had to do, and turned a preborn child into nothing more than an “unwanted growth.”

Seeing every side, the whole complicated and profound process, I came out more pro-choice than ever. I started to see it from a purely biological standpoint. We were removing an unwanted growth to preserve the woman’s chosen course.

When she watched that first abortion take place, and saw the little arms and legs floating there, she knew what she was seeing. But now, instead of acknowledging what she saw, she calls it “products of conception.”

Interestingly, Beeman acknowledges multiple times how abortion is a terrible thing, how women would cry and moan through the procedure. She even calls it one of the most awful experiences a woman will ever have. Yet she still wants to keep helping women have abortions.

Just how much will it take for someone so pro-abortion to realize that abortion isn’t a good thing?

Beeman at one point couldn’t escape noticing the humanity of the preborn. She knows that women suffer through the procedure and calls it an awful experience.

To argue for abortion to be legal despite all of that makes no logical sense whatsoever, and only serves to show how ardent in their pro-abortion extremism they are.