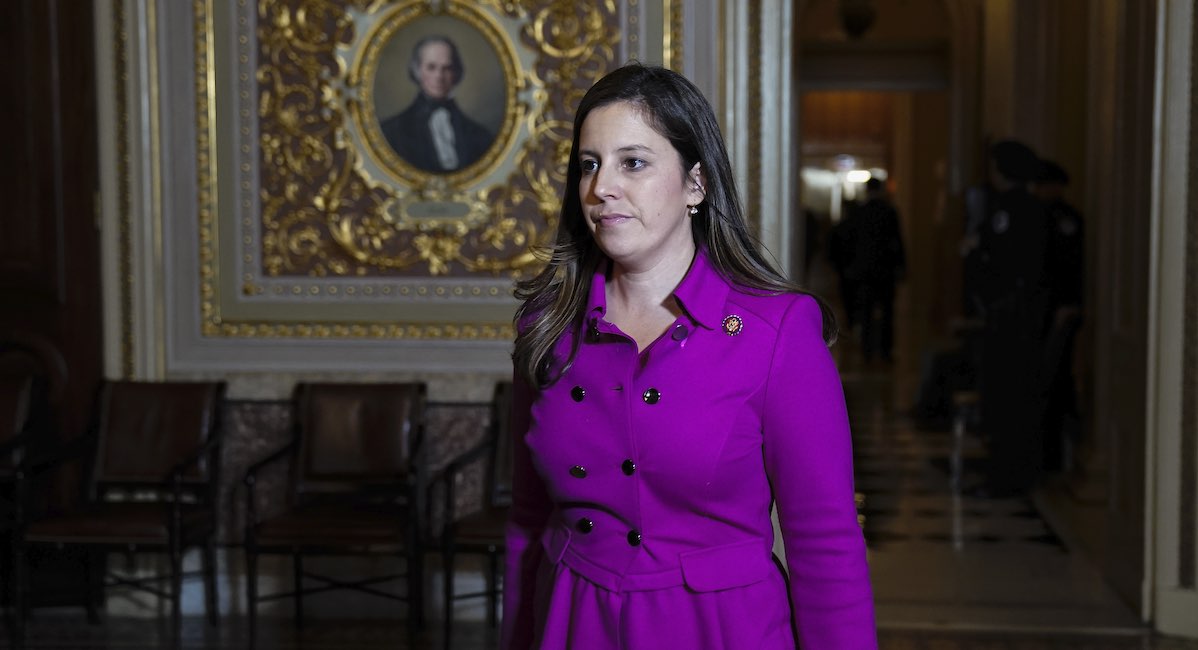 Earlier this week, The Blaze reported on a verbal attack published by the Times Union of Albany, New York, against US Rep. Elise Stefanik. Among other below-the-belt jabs, the piece — which has since been removed from the Times Union site and is unavailable on the authors’ blog, which has been made private — took aim at Stefanik for being “childless.” Lale Davidson, one of the piece’s authors, has a long history of financial contributions to left-wing candidates and organizations.

Stefanik and her husband responded to the attack by calling the publication of such remarks as “a new low… truly heinous and wildly inappropriate. The shameful statement is not only inherently sexist, but also hateful, abusive, and heartless.” They ended their joint statement by saying, “Like millions of families, we hope and pray that we will be blessed by becoming parents.”

This sort of maternity-based insult is nothing new from advocates of “reproductive choice.” During her Supreme Court confirmation hearings, Justice Amy Coney Barrett was attacked for being the adoptive mother of two Haitian children. One critic likened her to “white colonizers,” while another questioned the legality of the adoptions, insinuating that the children might have been illegitimately taken from their birth families.

And while Stefanik has been insulted for having no children, abortion advocates are well-known for denigrating other women for having too many. When David and Victoria Beckham welcomed their fourth child, for example, they were accused of being “selfish” and “bad role models.”

All of these attacks come from the political philosophy that professes itself to be feminist, and therefore not to judge women based on their biology. But gone are the days of holding as role models women like Dr. Elaine Heffner, who said:

It is sheer hypocrisy for a movement which claims to embrace and affirm all women’s pursuits to simultaneously attack its female opponents on the basis of their maternity — or lack thereof.

But “progressive” abortion advocates are not true champions of women’s interests. They tell women our biology should not be an obstacle to realizing our goals, but also tell us contraceptives and abortions — which contravene our natural biological processes as females — are necessary to achieve those same dreams. They denigrate us for choosing to be mothers, and for choosing not to be mothers. They decry the judging of women based on their promiscuous sexual behavior, but tacitly endorse chastity-shaming.

In other words, according to abortion advocates, women should be free to be and do anything we wish … on paper only. In reality, if our actions or beliefs run counter to their agenda, that rhetoric goes straight out the window. Then, all bets are off, and everything — including those things which define our femininity — is fair game for attack.