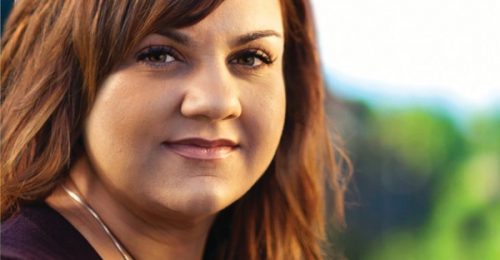 Can you imagine abortion remaining legal but nowhere to be found?

Abby Johnson can.  And so can I.

Abby told her story of leaving Planned Parenthood almost 2 years ago after watching an ultrasound-guided abortion procedure.  After being confronted with the humanity of the baby in the womb and the brutality of abortion, she could no longer face her job at an abortion clinic and sought help from the local pro-lifers who prayed outside her office every day. Although Planned Parenthood sued her–and the local pro-life group and its leaders who helped her–she fought back and won and has become a vocal pro-life advocate and sought-after speaker for pro-life events.  During her travels to share her story, time and time again she is approached by workers in abortion businesses who want to get out of the industry.

Abby speaks with workers almost weekly who have left or who want to leave the abortion industry and firmly believes this is Planned Parenthood’s Achilles’ heel and could be the key to ending abortion, even while it remains legal. I couldn’t agree more. It reminds me of that 1960s peace rally slogan taken from a poem by Bertolt Brecht, “What if they threw a war and nobody came?” What if they opened an abortion clinic and no one was willing to work there?

The gist of Abby’s message was crystallized when she said, “Planned Parenthood’s greatest fear is that clinic workers will leave and that they will come out against them and that they will air their dirty laundry, just like I did, and they will expose their secrets.”

The 40 Days for Life campaigns across the country and now around the world have been overwhelmingly successful. To date they report saving more than 4300 babies (that they know of) from being brutally murdered by abortion and 53 abortion clinic workers have left their jobs as a result of their peaceful prayer vigils outside clinics since 2007.

It was announced during the webcast that the Planned Parenthood office in Sherman, Texas closed yesterday as a direct result of the Director resigning after the culmination of the Spring 2011 40 Days for Life campaign.

But with these victories, clinics closing as a result of workers leaving or due to Planned Parenthood getting defunded, comes the need to direct our pro-life energy to the lives of the displaced clinic workers to provide healing and help them move toward securing fulfilling employment away from the culture of death.

All of the speakers during the webcast called upon pro-life advocates to pray–not just for the lives of the unborn, not just for the pregnant mothers to choose life, not just for the healing of post-abortive parents, but also for the clinic workers. Abby took that one step further, “It isn’t just enough to pray at home anymore.” She called being pro-life a “round-the-clock commitment” and challenged all of us to be present at the clinics, even at night, to be pro-life all the time and talk about our beliefs with anyone and everyone because “you never know know who’s life you’re going to touch. You never know who is waiting to hear those words of hope from you, that life-saving message.”

Catherine Adair, former Planned Parenthood employee from Boston turned pro-life advocate and now a proud volunteer co-coordinator of her local 40 Days for Life campaign noted after the webcast that, “When Abby prevailed against PP in their lawsuit, I felt that maybe, just maybe, I could tell my story. I now have the strength and courage to expose the horror I experienced behind the doors of the abortion clinic. Abby and Shawn are spot on – we must pray and be a physical presence. Matthew 16:18 says that the gates of hell will not prevail against His Church. We are His church and the clinic doors are the gates of hell. We must be fully committed. As Abby said, pro-life is a round-the-clock commitment – everywhere, at every moment. you never know whose life you might touch. I always say someone was praying for me! When I worked at PP, I never could have imagined there was life on the other side. I felt so alone and ashamed most of the time. I had nightmares and constant anxiety. I pray for clinic workers that they might be released from the agony of what they have to endure.”