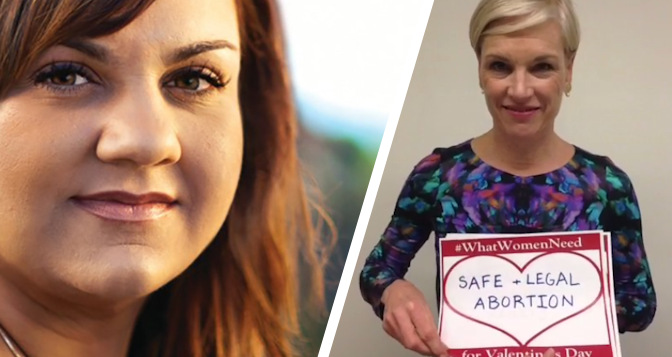 On April 20, Planned Parenthood President Cecile Richards is scheduled to speak at Georgetown University, at the invitation of a student-led group.  The University, which describes itself as a Catholic institution, has been widely criticized for hosting the leader of America’s largest abortion business.

“Instead of educating students of the Catholic Church’s doctrine on the protection of life, they bring in the president of the nation’s largest abortion provider, who last summer was revealed to have been involved in the harvesting and selling of baby body parts,” said Kristan Hawkins, president of Students for Life of America.

Michael Khan, president of Georgetown Right to Life, discussed the significance of Johnson speaking at the University. “Abby Johnson has personal experience at Planned Parenthood, and will reveal what the organization is really all about, said Khan. “It is important students learn about Planned Parenthood’s careless disregard for human life, and why Planned Parenthood is bad for women and children.”

Georgetown Right to Life will also place an educational display outside the building where Richards will be speaking. According to Students for Life…

The display, entitled We Don’t Need Planned Parenthood, uses large banners to call attention to Planned Parenthood’s lucrative abortion business, their acceptance of hundreds of millions of taxpayer dollars a year, and the fact that there are other, more comprehensive health centers that do provide everything and more that Planned Parenthood does except abortions.

Students for Life reports that Abby Johnson will be present at the display to answer student’s questions.

On the same day, on the same campus, students will have the opportunity to hear two very different perspectives on Planned Parenthood: one from the current president of the largest abortion group in America, another from a former director who left the organization after discovering that “abortion was a product Planned Parenthood was selling, not an unfortunate necessity that they fought to decrease.”