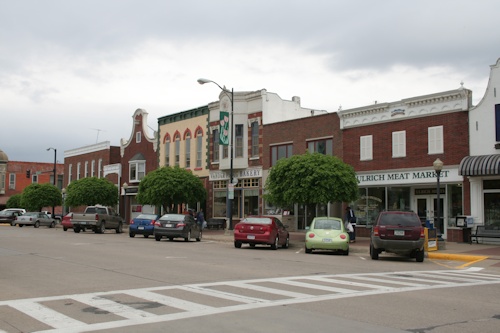 My town is a quaint little town with tidy downtown cafes and shops and a picturesque main street. Holiday parades file through the center of town, while high school marching bands keep pace and shiny fire trucks blare their customary sirens.

Yet directly in the path of holiday paraders stands a Planned Parenthood facility. The simple sign, by all appearance in keeping with the town’s character, proudly announces the facility has been serving the area for nearly 100 years. It’s a clean-looking building on a tree-lined street in a quaint American town.

And that’s what Planned Parenthood wants you to think. But behind the seemingly all-American look hides the deadly reality.

At this facility, women receive “emergency contraception”- the so-called “morning after pill,” and in the shadow of the all-American main street, unborn babies are killed.

At this facility, women receive abortion referrals, and drive away down that tree-lined street and to an abortion clinic, where unborn babies are killed.

At this facility, women are offered some legitimate medical services — coupled with the overarching lie that their unborn baby has no right to stay alive. And as a result, unborn babies are killed.

We live in a nation in which more than 50,000,000 babies have been aborted since 1973. That’s significantly more than the entire population of California and more than fifteen percent of the entire US population.

And while many of these murders have taken place in horror-riddled atmospheres like Kermit Gosnell’s Philadelphia clinic, countless other have occurred in picturesque towns across the country.

We hold picnics on our front lawns while we close our eyes to the massive genocide happening in our backyard.

There is no such thing as a quaint abortion. One is left dead; at least one wounded.

I hope I never again pass that Planned Parenthood building and continue down that tree-lined street without being sickened by the slaughter that facility represents and driven to fight, for as long as it takes, to save the those precious children whose only voice is ours.