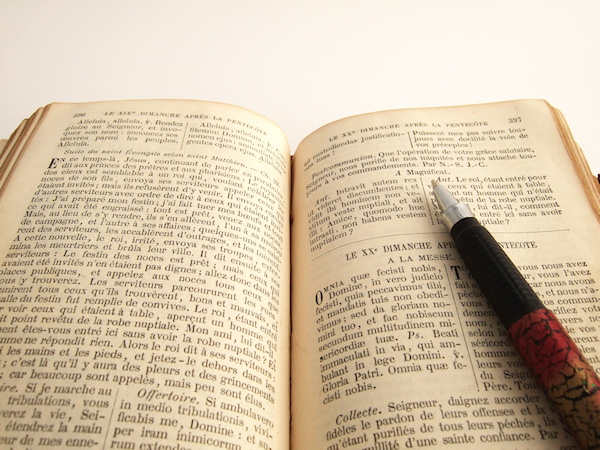 As Pro-lifers, I think it’s important to be well informed. We should have a good idea of what exactly we’re fighting against, and have a good knowledge that will better equip us to fight it. That’s probably the reason why you’re reading anything on this website in the first place. The more we know about the issue, the more informed we are, the better we can explain it to the rest of our nation and our world.

As Pro-lifers, I think it’s important to be well informed. We should have a good idea of what exactly we’re fighting against, and have a good knowledge that will better equip us to fight it. That’s probably the reason why you’re reading anything on this website in the first place. The more we know about the issue, the more informed we are, the better we can explain it to the rest of our nation and our world. The following are a number of Pro-life books that I’ve enjoyed and found very helpful.

Lime 5: Exploited by choice by Mark Crutcher – I actually only recently picked this up. Mark Crutcher, president of Life Dynamics, compiles a really amazing amount of research  that totally shatters the “safe, legal, rare” illusion. It uncovers a sampling of the medical malpractice, poor medical conditions, sexual assault, mutilation of women, cover ups, corrupt courts, lies, distorted statistics, and pain that has marked the abortion industry. It is probably the most horrific book I have ever read. I’m not easily scared or scandalized, but this book gave me nightmares. Every single page of this book documents gross injustice and immense pain. It is hard even to think of this book without weeping. This book reveals that abortion is truly a scourge and a horror to everyone it touches… there’s even a chapter that looks into the emotional toll the practice takes on clinic workers. Much of this book looks at the horrific injustice that accompanies abortion, things agreed on as evil and unjust by both sides of the issue. Definitely a must-read for anyone seeking to understand the abortion industry.

Unplanned: The Dramatic True Story of a Former Planned Parenthood Leader’s Eye-Opening Journey across the Life Line by Abby Johnson –  This book has been gaining a lot of attention. It recounts the story of pro-life activist Abby Johnson and her involvement with Planned Parenthood. She began volunteering for Planned Parenthood in college, and eventually climbed her way up to become the director of a clinic in Texas. After viewing an ultrasound-guided abortion, she was moved to quit her job and went over to the nearby Coalition for Life, run by Shawn Carney. This book really inspired me with a lot of hope for the future of the Pro-life movement. It very clearly shows the hand of God acting to change hearts, as a fruit of the fervent prayers of the Pro-life community.

Grand Illusions: The Legacy of Planned Parenthood by George Grant – This is a very important book. It thoroughly documents the history of Planned Parenthood from their earliest days as a branch off of the eugenics movement. It is a very eye-opening read. I first read this several years ago, and it was a major inspiration for me to work in the Pro-life movement. Every American should read this book. Our tax dollars are going to fund this monster!

Three Approaches to Abortion: A Thoughtful and Compassionate Guide to Today’s Most Controversial Issue by Peter Kreeft – Dr.

Peter Kreeft is one of my all time favorite authors, not just on topics surrounding the abortion issue. He is a professor of Philosophy

at Boston College, and has written a huge number of books on a large variety of topics. This book is divided into three sections: an essay on the morality of abortion, a “Pro-life motivational map”, and a typical dialogue between a Pro-lifer and a Pro-choicer. The characters in the dialogue are taken from his amazing and beautiful novel An Ocean Full of Angels which I highly recommend as well. You can view the first section of the book, “The Apple Argument Against Abortion” here on his website . This book is a must-read for anyone wishing to rationally defend their position on abortion. It lays out very clear and convincing logical and philosophical arguments against abortion.

The Unaborted Socrates: A Dramatic Debate on the Issues Surrounding Abortion by Peter Kreeft – This book is also a must–read for

Pro-life apologetics. The book is written in the form of a dialogue between Greek philosopher Socrates and several proponents of abortion. It portrays the  Socrates, who has inexplicably landed in the 20th century, trying to figure out the abortion issue objectively and rationally. This book is solid-gold. It clearly deals with the issues surrounding abortion and brings the reader along step by step with the logical thought of Socrates. This book will definitely challenge you and equip you to more adequately defend the Pro-life position.

The Hand of God: A Journey from Death to Life by Bernard Nathanson – This is the memoir of the late Dr. Bernard

Nathanson, an abortion doctor who performed over 75, 000 abortions before switching sides. He was the co-founder of NARAL and a major figure in the history of legalized abortion. This book documents the events in his life that led up to

his practice of abortion and what led him to become Pro-life, as well as diving deeply into many of the issues surrounding abortion. I learned a lot reading this book, it is very informative. It is also very eloquently well-written, and (like Unplanned) is a very moving witness to hope. Bernard Nathanson was also the one who made the film The Silent Scream which details the abortion procedure and shows an ultrasound of an abortion.