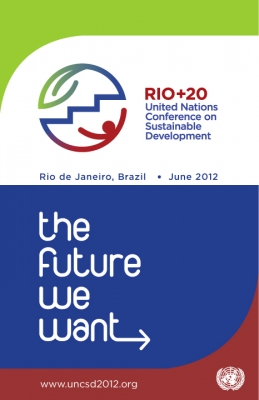 Let’s all work to ensure that the basic right to life crosses all borders!

The fight to end abortion, as we know, is a global endeavor, and it’s important to be aware of what is happening internationally in the struggle to protect women and their unborn children.

Pro-abortion feminists are already squawking at the drubbing they have taken at the Rio Conference on Sustainable Development.

Though the official conference begins today, it is merely a circus added onto the months-long inter-government negotiations to produce what turned out to be a 283-point, 80-page outcome document. Negotiations on that monster ended yesterday, and have been a clean sweep for pro-life advocates.

For more than year abortion advocates located at the U.N. Population Fund, the International Planned Parenthood Federation, and various abortion promoting governments in Europe have tried to load up the document with the term “reproductive rights” and “population dynamics,” both of which are code words for what many consider objectionable public policy.

These efforts to inject a sustainable development document with code language to promote abortion ultimately failed. A diverse coalition of countries helped, with the notable leadership of Nicaragua and the Holy See, but also Chile, Egypt, Syria, Honduras, the Dominican Republic, Costa Rica, and Russia.

Sadly, as the pro-abortion website RH Reality Check explains, the countries of Canada, Australia, New Zealand, Peru, Bolivia, Uruguay, Mexico, Iceland, Switzerland, Israel, and, yes, our own United States were lobbying in favor of including the pro-abortion code language in the final document.

“Population dynamics,” I should note, is really code for “population control.” And we have come to learn with certainty that around the world, whenever governments begin to aggressively pursue “population control,” unborn baby girls are disproportionately targeted.

You can learn more about what C-FAM was doing to promote an international pro-life consensus right here.

Let’s all work to ensure that the basic right to life crosses all borders!