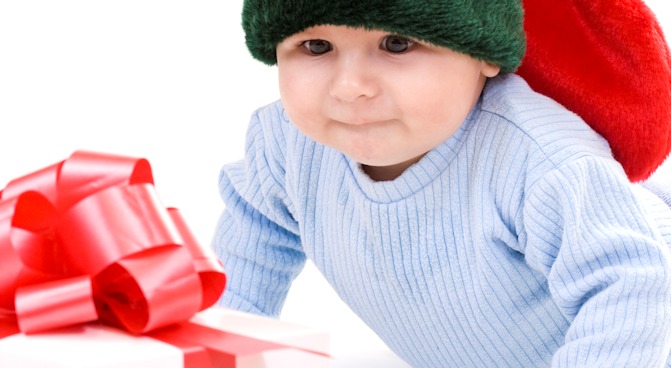 I’ve done some traveling, and it’s taught me to appreciate cultural variety. It’s also taught me something about airline seating arrangements: they’re pretty much a roll of the dice.

If you’re lucky, you end up with a sweet older lady who shows you pictures of her grandkids and then takes a nap. If not, you get stuck next to that guy who won’t stop rambling about how 9/11 was “an inside job.” Your first instinct might be to argue against this nonsense, but that’s a risky proposition. While there are plenty of environments where it’s safe to throw around words like “terrorist” and “Al-Qaeda,” a crowded passenger jet probably isn’t one of them.

An airliner isn’t the only place where challenging bad ideas can bring negative consequences–it happens on college campuses too. At many institutions,  pro-lifers face verbal harassment, violence, and, at the University of Victoria, soiled cat litter. So it’s always encouraging when a student isn’t afraid to speak publicly about defending innocent life. Vanderbilt University freshman Gabrielle Timm recently did that by sharing her story of adoption. Best of all, she didn’t need pet feces to get her point across.

Gabrielle submitted a letter this week to her school’s newspaper, The Vanderbilt Hustler. No, it’s not a division of Larry Flynt Publications.

She was responding to a piece by opinion editor Molly Corn entitled, “The hypocrisy of anti-abortion extremists.” Ms. Corn begins the article by mentioning that even among those who support abortion rights, there’s a consensus that “of course no one wants women to have abortions, and of course they’re not a good thing.” Tucker Max would disagree on both counts. You can find that lovely exchange on page 333 of Tucker’s 2010 best seller, Assholes Finish First. It’s in the chapter called “Tucker Max: Baby Killer,” which is also where Tucker describes the crucial role Planned Parenthood plays in his life: “Due to the potent combination of my sexual recklessness and the slutty nature of some of the girls I have slept with, I have accumulated so many stories and anecdotes about abortion that they could name a Planned Parenthood clinic after me.” While Congress allocates over half a billion dollars in annual funding to Planned Parenthood, it’s unclear how much of that money is spent helping Mr. Max to use women like toilet paper.

Liberal radio star Jian Ghomeshi also thinks that abortion is a good idea,  and why wouldn’t he? According multiple allegations, he has a history of denigrating female subordinates and then pressuring them for sex. Naturally, a child would really slow his game down, so it’s a big help if he can simply demand that mom take a trip to the clinic.

For some men, babies don’t just mean responsibility and child support–they can also mean an indictment. After all, when an underage girl is visibly pregnant, it’s pretty strong evidence that she’s been abused. And, if you’re the one who abused her, then you’ve got a pretty strong incentive to make that evidence go away. The good news (for predators) is that Planned Parenthood and other abortion providers are able to do just that.

It definitely helped Gary Cross. The abortion that Planned Parenthood performed on his 13 year-old step daughter allowed him to stay out of jail and keep on raping her. Abusers Timothy Smith, John F. Szorady, Adam Gault, and John Blanks, Jr. also benefited from “abortion on demand and without apology.” In fact, you can read a list of over fifty cases in which other child rapists have done the same.

Ms. Corn goes on to claim that prior to Roe v. Wade, “illegal abortions had a very high mortality rate.” Her definition of “very high” appears to be an idiosyncratic one. According to the CDC, a total of thirty nine women died from illegal abortions in 1972 despite there being an estimated one hundred thirty thousand of them performed that year. The issue isn’t really dwelt upon, however, because the editor quickly segues into full on strawman-mode.

She alleges that talk of saving pre-born children is just insincere cover, with the real objective of pro-lifers being to “enforce an entire system of values and beliefs.” This includes a desire for “women to live in fear of sexual contact outside of marriage” so as to prevent “fulfilling sexual experiences.”

Unfortunately, Corn never bothers to explain how pro-lifers would benefit from doing this. For the life of me, I really can’t see how stamping out female sexual fulfillment would advance my personal interests in any way. If you have an explanation, please post it in comments section below and I’ll be happy to point out why it’s wrong.

In her conclusion, Ms. Corn rejects the sentiments expressed in the first paragraph, writing, “I’ll bite the bullet and say it: Abortion is right.” Why does she think that abortion is morally right? Well, a couple of stock answers are offered before this tear-jerker get’s thrown out: “It is right because every child deserves to be a gift, not an accident.” In other words,  if you’re “an accident,” you shouldn’t be alive. For those whose births were unplanned, the message is less than uplifting.

Gabrielle proves in her response that, in addition to being shockingly dehumanizing, this idea is based on a false premise. Simply put, just because someone’s conception was unintended, that doesn’t make her life any less of a gift. As Gabrielle explains,

“I am adopted. To be more specific, I am the unplanned result of a one-night stand that likely involved alcohol. After my birth mother became aware of her pregnancy, my birth father wanted an abortion and she seriously considered that option for a while.

While I am an “accident,” I think it is possible to be both an accident and a gift. To my parents, who weren’t able to have biological children, I am a gift. To imply otherwise is insensitive and offensive to me, to my parents and to many adopted children and their parents, as well as to the courageous people who chose adoption over abortion.”

So there you have it, Molly. No, abortion isn’t right. It isn’t right to dehumanize and kill people for their parents’ choices, just as it’s not right to stigmatize as “accidents” those who survive. It’s also not right that the polices you support are helping men like Tucker Max to treat women as disposable products. And it’s certainly not right that those policies enable child predators to avoid suspicion and continue harming their victims.

Do you know what is right? Gabrielle Timm affirming that no matter how she was conceived, her life is a gift–a unique, valuable gift that’s deserving of dignity and respect. Do you know what else is right? The fact that we’re not going to stay quiet about it.