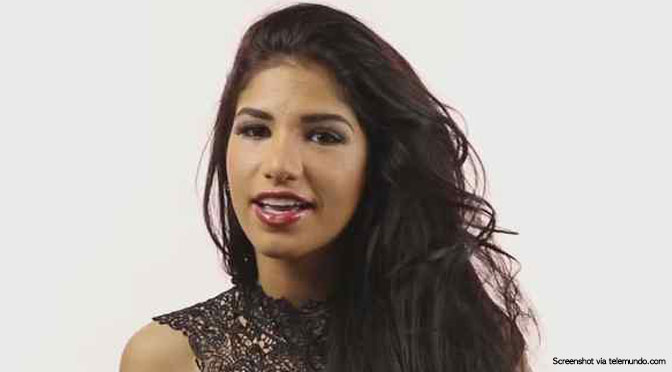 Ohio State law school student Madison Gesiotto wrote an article for the Washington Times on the high rate of abortion in the Black community. After publication, she received an online threat of repercussions for voicing her opinions on the matter. Fearing bodily harm, she reported the incident to university officials. What happened next has Gesiotto feeling “violated.”

Instead of addressing the threat against her, Gesiotto says three OSU law school deans grilled her on October 27 for three hours about the opinions she voiced in her article. She says she was told, “This is a flawed article, it’s not a good legal piece, it’s not a good journalistic piece, either.” She describes herself as a “tough person” but says this event left her feeling “shocked”:

“… I very rarely get upset or sensitive about things,” said Ms. Gesiotto. “But I was crying in that meeting for about 30 minutes, I was so shocked. I’ve never been in a situation with people I respected and looked up to and felt so violated.”

While she expected backlash for her opinions from fellow students, she didn’t expect that university officials would dismiss her concerns for her safety, instead opting to critique her work, which was not school related in any way.

Other events that transpired were equally unsettling. According to the Washington Times:

The deans also urged her to remove from her online biography her position as a staff editor of the Ohio State Journal of Criminal Law, she said, saying it would confuse those who might think she was a faculty member and not a student.

They recommended that she participate in a “facilitated discussion” with students who disagreed with the op-ed. She refused.

“The main dean said something like, ‘Well, you said you feel unsafe. We’re trying to alleviate the tension, so you can explain to the other kids what you meant by your article,’” said Ms. Gesiotto. “I thought that was completely out of line. It should have never been proposed. I was there to report a threat. And then they tried to flip it around and push me into a facilitated discussion with other kids about my article. It was bizarre and very disappointing.”

Ms. Gesiotto was so worried about the threat that she also reported it to the main campus, where she said a counselor suggested that school officials could talk to the person who made the threat but warned that doing so might escalate the situation.

The episode caused her to miss several days of class, although her professors helped her catch up with missed assignments.

“I put so much time and finances into my education, I’m not going to let these people get the best of me,” said Ms. Gesiotto. “Luckily, nothing physically happened to me. But it could have. They never investigated the threat.”

That threat, posted on Facebook, read: “The government cannot take action against you for your offensive and racist article. But your colleagues can.”

Gesiotto said despite the fact that university officials claim they investigate all threats, the only notice she received of any type of ‘investigation’ came in an October 28 e-mail from Kathy Seward Northern, associate dean for admissions, who assured her that she had spoken to students from the Black Law Students Association and believed “there was not an intent to threaten [Gesiotto] with physical harm.”

Gesiotto was not satisfied, saying she “never complained about the BLSA” in the first place, as the student who made the threat was white.

Since the article’s publication, the Washington Times reports there has been a “chain of events” on the OSU campus:

In a Nov. 1 statement published in The Lantern, the student newspaper, the Black Law Students Association said its members took offense “at the racist undertones of the opinion piece and question its journalistic integrity.”…

Shortly thereafter, the Ohio State Journal of Criminal Law announced a policy change: Editors who identify themselves as such when writing for other publications must include a disclaimer saying that their views do not necessarily reflect those of the journal.

Mr. Michaels and Ms. Northern issued an Oct. 30 message to students stressing the importance of an “inclusive learning environment.”

Concerned Women for America President and CEO Penny Nance called the university’s actions “bullying” and “emblematic of the left’s campaign to squelch the First Amendment rights of conservative students on campuses across America.”

Gesiotto says she won’t be deterred from exercising her right to freely express her views and intends to continue writing.