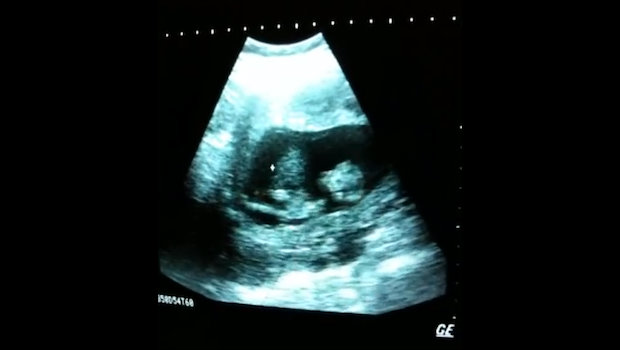 Those adorable comments were spoken by a young child watching a preborn baby on an ultrasound screen. In this video posted on YouTube, you can see this baby jump and move around in it’s mother’s womb. It’s a powerful image. So powerful in fact, that it currently has over 500,000 views.

The mother, Sherine Gayle-Slater responded to people who commented on the video. When users told her how priceless her baby was and asked her how far along she was in the ultrasound, she wrote:

I think I was somewhere between 8-12 weeks pregnant because I could not feel her movements. If it wasn’t for the sono, I would not believe it. Thank you, as well. She’s an absolute joy.

I enjoyed hearing the discussion of Sherine’s family as they marveled over this baby. My favorite moment is when a child, likely one of Sherine’s other children says, “OK, now I’m gonna love you.”  It’s as if just seeing their other sibling moving around caused that child to fall in love. The feeling of love for that baby is mutual. Even though the video was posted 4 years ago, it still receives positive feedback. A woman named Christina Morris commented on it last week. Morris, who is the mother of seven children and runs a blog titled, “A Call to Motherhood,” wrote:

How can anyone say that this isn’t a baby? Maybe not a “fully developed” baby ready to be born and able to survive outside of her mother’s womb, but a baby nonetheless. I definitely see much more than just a clump of cells or blobs of tissue…I see life!

I have to agree.

As YouTube user Salman Oldipo said, this baby “is a complete human being.” According to the mother, the baby is also a girl who is still full of spunk.