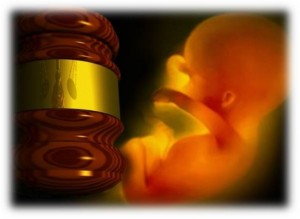 Murder is the “unlawful killing of a human being” with some level of intent. California law includes “a deliberate intention unlawfully to take away the life of a fellow creature.”

The only thing preventing abortion from being included in the definition of murder is that it’s currently not “unlawful.” But basic science proves that an unborn child is a “human being.” No mention of “personhood” is necessary for basic murder definitions. Killing a “human being” or a “fellow creature,” even, is enough.

Why, as a society, do we pick and choose human beings whom we can deliberately kill? These human beings are fully human, entirely innocent, and helpless and voiceless. Yet we purposely target them, setting very few restrictions on their killings.

Is there any other class of human beings that our society will make it “lawful” to kill? Belgium is already on the path to extending legal murder through its legalization of euthanasia – even child euthanasia. History shows that Nazi Germany, once it began to legalize the murder of human beings, simply continued down the path – the elderly, the sick, the disabled, gypsies, homosexuals, the Jews, those who defended the Jews. Where would it have stopped?

This is why abortion must be illegal if murder is illegal. It should never be “lawful” to kill any innocent human being.

2) The 14th Amendment was designed to protect classes of people like the unborn.

At the time the 14th Amendment was adopted, abortion was already illegal or being made illegal throughout the nation.

The criminalization of abortion accelerated during the 1860s, and by 1900 it was generally considered a felony in every state.

Thus, there was no reason for Congress to specifically discuss the unborn in their debate on the 14th Amendment. The unborn were already a protected class in the U.S.

However, during the debate on the 14th Amendment, Senate Sponsor Jacob Howard explained that it was essential for every man (or human being) to be equal in regard to the basic right to life:

I urge the amendment for the enforcement of these essential provisions of your Constitution, divine in their justice, sublime in their humanity, which declare that all men are equal in the rights of life and liberty before the majesty of American law.

House sponsor John Bingham further explained the intent when he argued, as Robert C. Cetrulo writes, that “the Amendment was intended to be ‘universal’ and to apply to ‘any human being.’ Fourteenth Amendment rights were intended not only to ‘pertain to American citizenship but also to common humanity.'” 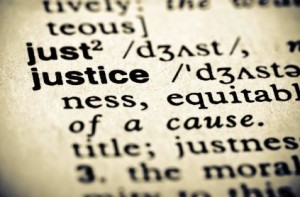 Justice requires our laws to be consistent.

The law on the death penalty and the Unborn Victims of Violence Act are prime examples.

Federal law prohibits the death penalty for pregnant women until they give birth. (18 U.S.C.A. S.3596) In essence, the law declared that an innocent unborn person cannot be sentenced and put to death for a crime he did not commit.  If the unborn child were not seen as a person in the eyes of the law, there would be no need for this prohibition.

Common law typically prohibited the execution of a pregnant woman until birth, though its prohibition was not even as strong as the current federal law.  The U.S. Supreme Court (in Union P. R. Co. v. Botsford) explained the purpose of the common law doctrine: “to guard against the taking of the life of an unborn child for the crime of the mother.” Inconsistently, the Court calls the unborn child a “child” and yet refuses to recognize her as a person.

It’s wrong for a mother to have the right to kill her children. True feminists realize that our power doesn’t come through the blood of our children.

The UVVA specifically prohibits the killing of unborn children, defining them as follows:

… a child in utero, and the term ‘child in utero’ or ‘child, who is in utero’ means a member of the species homo sapiens, at any stage of development, who is carried in the womb.

And yet, even with this powerful definition, the law makes exceptions for mothers to give permission for their children to be killed.

How contradictory, tragic, and wrong.