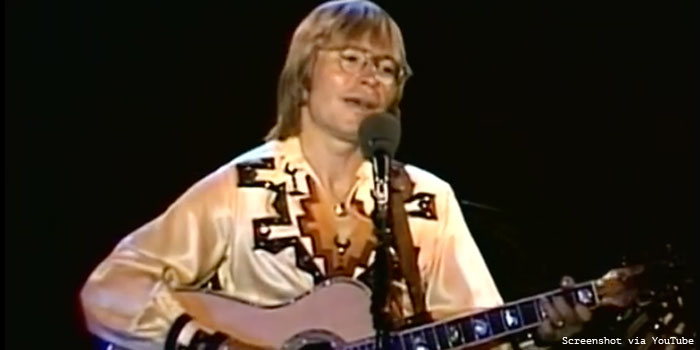 Last month marked the twentieth anniversary of the death of John Denver. Now, in this Month of All Souls, it is as fitting a time as ever for a retrospective on some of the most salient lines amongst Denver’s popular lyrics of life. While his social advocacy focused on conserving the environment for future generations, his skyrocket to folk stardom was during the time of the 1973 Roe v. Wade decision, so it is difficult to hear his songs today apart from the American milieu in which they emerged.

Apparently not a Christian in any orthodox sense of the word (as one might intuit from his film series Oh, God!), his love for music was first planted by his Irish Catholic grandmother. As he confided to People magazine in 1977, “When I get depressed, I question whether life is worth living.” However, parenthood induced him to conclude, “The epitome of being a man is being a father.” This ethos bears out in all of his albums, exuding joie de vivre.  Here are some songs that convey his real zest for life:

In “Rhymes and Reasons,” from his collection, Poems, Prayers, and Promises, Denver invokes, “It is you who cannot accept it is here we must begin to seek the wisdom of the children and the graceful way of flowers in the wind, for the children and the flowers are my sisters and brothers, their laughter and their loveliness would clear a cloudy day, like the music of the mountains and the colors of the rainbow, they’re a promise of the future and the blessing for today… and the song that I am singing is a prayer to non-believers: ‘Come and stand beside us, we can find a better way.’”

This echoes Mother Teresa’s sentiment, “How can there be too many children? That is like saying there are too many flowers.”

In “Calypso,” Denver serenades the beauty of life and nature: “To work in the service of life and the living, in search of the answers to questions unknown, to be part of the movement and part of the growing, part of beginning to understand…”

Lastly, in “Flying for Me” – his elegy for the Challenger Space Shuttle disaster – he opines, “I wanted to go for every man, every child, every mother of children, I wanted to carry the dreams of all people right up to the stars, and I prayed that I’d find an answer there, or maybe I would find a song, giving a voice to all of the hearts that cannot be heard, and for all the ones who live in fear, and all of those who stand apart, my being there would bring us a little step closer together….”

Regardless of whatever John Denver had intended, his soaring songs transcend time and space in their attempt to inspire the listener with a greater love of all life on the planet Earth — and preborn humans are a part of that life.