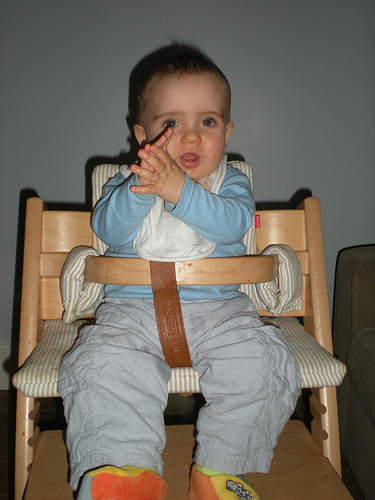 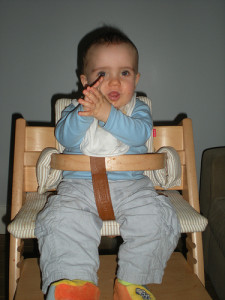 In any given year, there are thousands of pro-life moments to celebrate. Reflecting on these moments inspires us to keep on keeping in the new year.

Here are ten notable moments from 2013:

The Estrela Report is a proclamation of “sexual and reproductive health rights”—code words for their primary objective of abortion-on-demand. The Report would literally declare abortion to be a human right. The goal is to make abortion accessible through the public health systems in all European Union member countries. There are no limitations, meaning that third-trimester abortions until birth could be a common reality. …It should come as no surprise that one of the self-seeking groups behind this measure is the International Planned Parenthood Federation. …

So who was behind the opposition of the Estrela Report?

The answer is common European citizens.

And the citizens won, as the Estrela Report was rejected in December of 2013.

The “Bali Declaration” recommended that countries worldwide provide legal abortion. Once again, Planned Parenthood was involved, and thankfully, once again, the resolution was shut down. According to Rebecca Oas, the United Nation’s diplomats “refused to even ‘take note’ of it.”

9) The window into abortion provided by the Gosnell trial

The Gosnell trial, conducted in the spring of 2013, opened a window into the gruesome realities of abortion. The atrocities committed by Gosnell are no more cruel than the commonplace atrocity that is abortion. The trial personally affected me greatly, as I was pregnant with my son. During the trial, he was at a similar age to the babies slaughtered by Gosnell. I wept for them, as many Americans did.

May the realities of the Gosnell trial compel Americans to find out what abortion really is, in all its forms.

8) Passage of fetal pain bills in states and the potential for the U.S. Supreme Court to reconsider Roe

Arkansas, North Dakota, and Texas all passed fetal pain bills that would ban many abortions around the 20-week mark. These bills save the lives of babies and protect the health of women.

A case concerning the Arizona fetal pain bill, passed in 2012, Horne v. Isaacson, has made it up to the U.S. Supreme Court for review. The Court will be given an opportunity to reconsider Roe if it accepts the case. Co-counsel in Horne states:

Every innocent life deserves to be protected. Not only does this law protect children in the womb who experience horrific pain during a late-term abortion, it also protects mothers from the dangers and tremendous psychological consequences of late-term abortions,” said Alliance Defending Freedom Senior Counsel Steven H. Aden. “Arizona’s law is entirely reasonable and constitutional, and we hope the Supreme Court takes this invitation to revisit the extreme constraints Roe v. Wade imposed on state safeguards for women’s health. 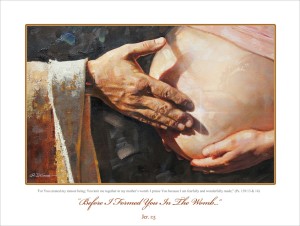 “Before I Formed You in the Womb” by Ron DiCianni.

7) The formation of the “Before I Formed You” foundation

Christian artist Ron DiCianni started this foundation in January of 2013. The foundation seeks to place a powerful painting in pregnancy resource centers and doctors’ offices – and abortion clinics – throughout the nation. It also provides a tangible means for churches to get involved in saving lives and reaching abortion doctors.

In the coming weeks, look for a story here at Live Action News about the life-saving power of this painting.

In 2013, Live Action released a series of undercover videos demonstrating that Gosnell is not alone. Sadly, there is a late-term abortion industry in the U.S., and the details are horrifying. If you haven’t seen them yet, watch the videos or read the transcripts here.

Of course, pre-born babies at all ages deserve protection – not just the older ones. The Inhuman investigation is one way to open America’s mind – and eyes – to the reality of what all abortion is.

Hobby Lobby won its case against ObamaCare at the 10th Circuit in 2013, but its case will now be heard by the U.S. Supreme Court. Hobby Lobby objects, on religious grounds, to being forced to pay for abortion-inducing drugs. The company’s lawyer states:

The United States government is taking the remarkable position that private individuals lose their religious freedom when they make a living,” said Hobby Lobby’s lead lawyer, Kyle Duncan of the Becket Fund for Religious Liberty.  ”We’re confident that the Supreme Court will reject the government’s extreme position and hold that religious liberty is for everyone – including people who run a business.

In July, despite great and vulgar opposition, the Texas legislature banned many abortions after 20 weeks and also passed “needed restrictions on abortion clinics that could shut down 37 out of 42 clinics statewide.” Planned Parenthood recently told the news “that one third of all abortion providers will stop performing abortions [in Texas].”

And, according to the Guttmacher Institute, a major portion of the law has been upheld so far:

In November, the U.S. Supreme Court allowed a law that requires abortion providers to have admitting privileges at a hospital within 30 miles of the abortion facility to remain in effect during the court case. In October, the U.S. Court of Appeals for the Fifth Circuit reversed a lower court’s decision to block enforcement of the law. A trial on the merits of the law is expected in early January. 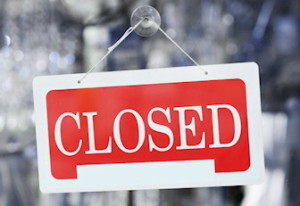 3) The closing of abortion facilities throughout the nation

As of late September, 2013, 44 abortion facilities had closed down this year alone. Forty-two of the facilities provided surgical abortions (the other two provided chemical abortions), setting a record number of shut-downs for recent years. Christianity Today agreed with the Huffington Post‘s assessment of the “‘dramatic toll‘ that recent pro-life laws have taken on abortion clinics.”

2) Passage of the most conservative abortion legislation in the nation

Early in 2013, North Dakota passed the most conservative abortion ban in the nation in years. According to the law, abortion would be banned in the state “after a fetal heartbeat is detected.” An unborn child’s heart begins to beat 22 days after fertilization (the equivalent of 5 weeks of pregnancy), though it may not be detected until a week later.

North Dakota’s law has been temporarily blocked by a federal court.

In 2013, Arkansas passed a 12-week ban that has also been temporarily blocked. Our nation needs more courageous legislators to continue to pass far-reaching abortion bans like these two – until one sticks!

1) The best moment of all: the moment any mother rejected abortion and chose life for her child.