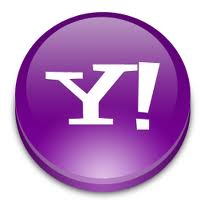 Yahoo has joined Google by bowing to pro-abortion pressure and banning ads from pro-life pregnancy resource centers as violating its terms of service for being misleading.  Yahoo says it found some pro-life ads to be out of compliance with its advertising policies. CNET reports:

“The groups said that when users typed ‘abortion clinics’ into Yahoo’s search function, the ‘majority’ of ads that appeared were funded by anti-abortion groups that discouraged women from having abortions. Reportedly, these ads either used vague language or posed as abortion providers with ad titles such as ‘Free Abortion Clinic.’

“According to Naral and UltraViolet, this type of advertising was ‘deceptive’ and violated Yahoo’s advertising policy. The tech company’s policy says that ad offers and their landing page must be directly relevant to each other’ and the company reserves the right to reject or retract any ads that are ‘misleading, deceptive, false or untrue.'”

The problem that Google, Yahoo, and others that acquiesce to such pressure, they show their biases to one side of the issue. The fact remains that abortion clinics lure unsuspecting, frightened women through their doors daily with the promise of help in time of crisis.  A simple Google search for “pregnancy help” brings up this add for an abortion clinic:

The page it takes a reader to has exactly zero options for helping a woman through a pregnancy. But it does let a woman know she can come there for her abortion through the second trimester.

To call a pregnancy resource center misleading but not remove ads such as this one, which any woman who was scared and looking for help might call since it’s a top ad hit, is, at best, tunnel vision. More likely, however, it’s a bow to pressure from the squeakiest wheel, the abortion industry.

The tactics of the abortion industry have always been to lure women in with a promise of help, which ushering them toward the promise of death. Internet searches to this all the time. A search for “adoption pregnant help” on brings up Planned Parenthood on the first page of results.

The ads are placed, search words targeted, all by those who know media and marketing. Now pro-abortion groups have decided to advance their cause of death by attacking those who promote life.