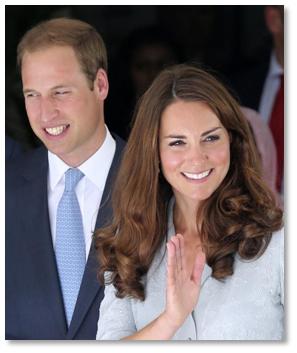 As you have probably already heard, Kate Middleton is pregnant. Her offspring will be third in line for the English throne. The media have been abuzz with the news. In fact, I would say that they have been downright obsessive about it.

With all this coverage, I have just one question. Why is it that I have yet to hear or read anyone refer to her unborn child as the “royal fetus”? Oh, I’m sure someone has used the term “fetus,” but it seems to me that the preferred term is “royal baby” or “child,” even though the Duchess of Cambridge is in the very early stages of pregnancy (e.g., NY Times, Washington Post, ABC News, CNN).

Could it be that we reserve the terms “baby” and “child” for unborn babies who are wanted and prefer the term “fetus” for unborn babies who are not? This is not an unwanted pregnancy, but rather a wanted pregnancy. And the feeling is shared not only by the royal parents, but also by almost every person in the English-speaking world. Since this is to be a royal birth to one of the most glamorous couples on the planet, almost every person on said planet is in eager expectation of this baby.

What is the difference between this “royal baby” and the unborn child in the womb of a mother in the waiting room of an abortion clinic? There’s no intrinsic difference in terms of their humanity. The only difference is that one is wanted and the other is not. Thus, the one gets the status of “baby,” and the other is euphemized as a fetus, blastocyst, or blob of cells.

Our language often reveals fundamental truths about the way we view the world. In this case, the way we speak of the unborn reveals whether or not we view them as a part of the human community with an unalienable right to life. Obviously, the world has agreed to call Kate Middleton’s unborn child a “baby.” Why wouldn’t we do the same for every other unborn child? Could it be that such terminology would imply a moral monstrosity that we are unwilling to face?

This article first appeared on DennyBurk.com and is reprinted with permission.