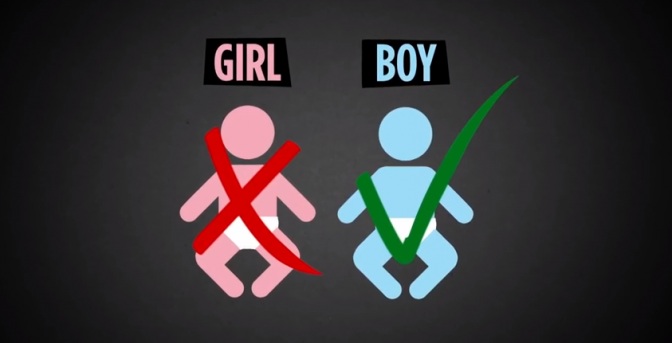 While the entire investigation revealed just how far “abortion-on-demand” can go, a few moments were particularly shocking.

You can see the whole investigation here.

1) A Texas Planned Parenthood worker detailed her own Medicaid fraud as a good example for the pregnant woman.

I have actually applied for Medicaid, got on Medicaid as if I was gonna continue my pregnancy, went through the OB/GYN, and then me and my husband decided we were gonna go ahead and terminate. We terminated, and I still stayed on Medicaid…

Texas does not legally allow the funding of abortion through Medicaid, so it appears that this Planned Parenthood worker – and whatever clinic she went to – committed Medicaid fraud. It’s unconscionable for Planned Parenthood employees to use taxpayer fraud as a good example for the women who come to them. But, of course, this is directly on par with Planned Parenthood’s usual actions.

The abortion giant is currently being investigated by the federal Government Accountability Office for large-scale Medicaid and tax fraud.

2) A New York Planned Parenthood employee tells a pregnant woman that aborting a child based on gender is just a matter of choice.

PP: Is to terminate the pregnancy, then that’s just your decision. It’s nobody else’s. … I can tell you that here at Planned Parenthood, we believe that it’s not up to us to decide what is a good or a bad reason–

PP: For somebody to decide to terminate a pregnancy.

This is exactly where a “pro-choice” mentality leads us. No reason for abortion is wrong. No stage of pregnancy is too late to have an abortion. It’s all up to the woman and her “decision.” When we don’t defend all innocent life, we become accepting of any innocent life being taken. We become blinded, even to horrifying and blatantly discriminatory reasons.

3) Abortion clinics agree to break the law and commit a felony by performing a sex-selective abortion on a baby girl.

Two clinics, both members of the National Abortion Federation (NAF), agreed that they would perform an abortion, despite knowing that the reason for the abortion was the gender of the preborn baby.

One employee told the pregnant woman that it was “better” that she initialed a paper without reading it. This paper declared that the abortion was not being done for a gender reason. The employee believed that keeping the lie on paper would help cover up the felony.

NAF: “I’ve worked in the field for 35 years. I’ve seen everything.

Woman: So you’ve seen other girls, like, based off of gender?

Many Americans hardly think of gendercide, believing it’s just a problem in countries like China and India, but in reality, it’s happening right in our own backyards, too. The Camelback Family Planning clinic in Phoenix, Arizona is a member of the National Abortion Federation. An employee who spoke to a pregnant woman who wanted to abort her girl said that Arizona was “just crazy about abortions.”

Most civilized people think that it’s “just crazy” to abort babies based on their gender. A poll indicates that at least 77 percent of Americans support laws banning this kind of abortion.

And yet, this clinic worker says that it’s crazy that a clinic would lose its license for breaking the law and killing a baby girl for being a girl. What’s truly crazy is the targeting of any innocent human being for death, regardless of the reason. No baby deserves death. And any decent, civilized nation will give an equal chance at life to every single human being – starting at his or her first moment. True equality starts with the basic right to life for all.