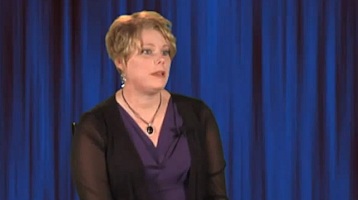 “I truly feel that no matter the circumstances surrounding the conception of the child, the child should not be punished for the crime of the father.”

Kristi Hofferber has always known she was adopted. At three days old she was welcomed into the loving home of her parents, who were unable to have biological children. She was an only child, and her parents felt no need to hide the adoption, as they knew that adoption isn’t something to be ashamed of. And Kristi wasn’t ashamed, but she was worried that if she looked for her birth mother, it might hurt her parents in some way. So for years, she denied that she had any desire to find her birth family. 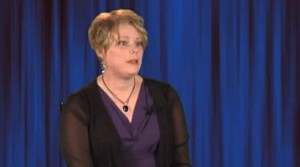 “I had a wonderful childhood. My parents gave me everything I needed.  Many adoptees have a desire to know more. I did have that desire,” she says. “I finally decided it was the right time to look further into my adoption and I tried to do it without telling my adoptive parents, and that didn’t work out in my favor. I wasn’t able to get any information and I knew, at the same time, that I wasn’t doing it the right way, that I should be honest with my parents. So I asked them for information and they were very upfront. The answer I got was difficult to hear.”

Kristi’s parents told her that when she was thirteen, a newspaper article had been run about a court case in which a woman was pressing charges against her own father for years of rape. Kristi’s parents recognized the woman’s name as Kristi’s birth mother because although it was a closed adoption, her parents received paperwork from the birth mother’s attorney that had included the birth mother’s name. Kristi learned that there had been six children created over the years of incest. One died due to physical abuse causing Kristi’s mother to miscarry. Another four were terminated through abortion in order to cover up the incest. And a sixth child was placed for adoption. It seemed likely that Kristi was that child, and that she had been conceived through incest.

“Of course I wasn’t expecting that. I had no idea. It had never crossed my mind,” says Kristi, “It took me a few weeks to really think about going further with my search. If this is accurate (information) what was this going to bring up for (my mother)?”

But Kristi, who was now 30, felt that it was in God’s plans for her to find her mother, so she continued her search. It took only two days for Kristi to find her mother online. She sent a blind e-mail to her from a partial address she had found, hoping it was the right person, and it was. Kristi received a response almost immediately and, that weekend, met not only her birth mother, but her half-sister and her sister’s newborn son. Kristi stayed with her birth mother for several days, and eventually, her mother told her the story about what had happened, despite efforts from her family to keep it a secret. The story Kristi had heard from her parents was confirmed. Her birth mother’s father had raped her over a period of more than 20 years, and Kristi was created in one of those rapes when her mother was just 16.

“I’m very thankful that I chose to go ahead and find her,” says Kristi, “I felt both sad and also blessed to have been carried to term and brought into this world. The only information I know about why my life was spared was that my biological mother chose to hide the pregnancy for a time. She actually wasn’t sure I was alive because she didn’t see me after I was born and she accidently received a bill for an infection I had at birth. I was flown to another hospital to be treated and she had been told that it was likely that I didn’t survive.”

While their relationship hasn’t always been easy, Kristi and her birth mother talk every few weeks. Kristi truly believes that God brought them together, and she is grateful to be able to continue their relationship. She is also grateful for her life.

I have a wonderful family, beautiful son who is adopted, and loving husband who is also adopted and who has been a tremendous support in this journey.  We are pieced together by God’s design.  So many lives are effected by the loss of just one child through abortion.  It is hard to even imagine how different things could have been.  I am very grateful to my biological mother for protecting me and then placing me for adoption.  I was placed in a wonderful family who took me in with their arms wide open an gave me the love and care I needed.   For this, I am also eternally grateful!

After learning her birth story, Kristi’s goals in life changed. She had been working full-time and decided that her career wasn’t where her heart was. She went back to school for social work  and plans to become an adoption counselor so she can help women who are facing the difficult situation of pregnancy in cases like her mother’s.

Kristi learned from her birth mother that because of lack of evidence, her father served only 18 months in prison. Kristi would have been that evidence, but her mother was unable to locate her because her adoption information was sealed. He died over a year ago, and Kristi never had the desire to meet him.

About abortion in cases of incest, Kristi says:

I truly feel that no matter the circumstances surrounding the conception of the child, the child should not be punished for the crime of the father. And I truly feel that when someone says (abortion should be illegal) except in cases of rape and incest that exactly what’s happening. The child is being punished for the crimes of the father, and not given the life that the child deserves. Especially coming from the place I am, I truly feel like every child should be given a chance at the life that they’re given.

You can read more about Kristi, and stories like hers at http://www.rebeccakiessling.com/Othersconceivedinrape.html.