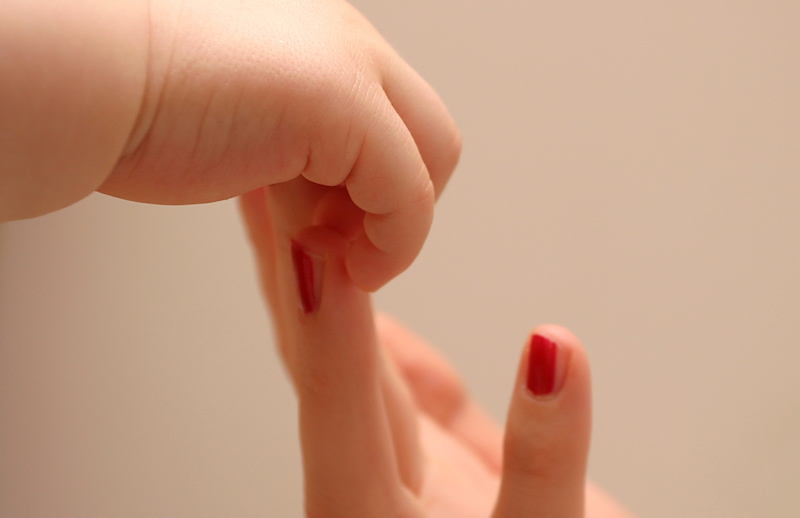 “Moral” is defined as “concerned with the principles of right and wrong behavior and the goodness or badness of human character.” I think most of us can agree that there are right and wrong ways to behave and that humans can demonstrate both good and bad character. So, on the issue of abortion—and the issue of defending human life in general—what is the moral position to take?

“Moral” is defined as “concerned with the principles of right and wrong behavior and the goodness or badness of human character.”  I think most of us can agree that there are right and wrong ways to behave and that humans can demonstrate both good and bad character.  So, on the issue of abortion—and the issue of defending human life in general—what is the moral position to take?

First, in order to come to any sort of moral conclusion in the matter, we need to make a basic assumption that this article is predicated on:  we’re talking about human lives.  You can’t argue against my conclusions on the basis that an unborn child isn’t a unique, living human being.  We’re already assuming that based on the Scientific Basis for Defending All Human Life.  If you don’t believe that an unborn child is a human being, you have an issue with science and morality, but you may need to resolve your science first.

Abortion: equally immoral as the Holocaust.

Next, let’s ask and answer four questions.  1)  What is the result of declaring certain classes of humans as “less” than others?  2)  We all agree that Hitler’s genocide of the Jews was wrong and immoral.  How does this relate to abortion?  4)  Is it actually wrong to fail to stand up for innocent lives?  5)  What should good moral character compel me to do?

What is the result of declaring certain classes of humans as “less” than others?
The result is discrimination and/or genocide against groups of people.  As I was studying for my Senior Seminar Paper, I came across a list compiling quotes of people accusing other people of being less than human.  You can judge for yourself the horrible immoral results that came from the statements below.  Here’s the relevant part of my paper:

Sadly, courts, doctors, and political and cultural leaders throughout national and international history have not always seen every human being as equal.  Human beings have been discriminated against and viewed as “non-persons,” many times, simply based on their race, gender, or class.

“A negro of the African race was regarded…as an article of property.”   A Negro “belongs to an inferior and subordinate class.”   “In the eyes of the law…the slave is not a person.”   Buckner Payne, a publisher, declared in 1867 that “the negro is not a human being.”  “An Indian is not a person within the meaning of the Constitution.”   Secretary of State Henry Clay stated in 1825 that “Indians [are] inferior to the Anglo-Saxon.”   Dr. Joseph Nott, in 1847, concluded that “the Indian…is an untamable, carnivorous animal.”

In 1779, Hugh Brackenridge wrote that “the life of these [aborigines] is…not human.”  Prosecutor Andrei Vysbinski, in 1938 stated that “[Purge Trial Defendants are] a foul-smelling heap of human garbage.”   People who were purged by the Soviet government were designated as “unpersons who had never existed.”  Lenin and Stalin repeatedly told their people, from 1918-1934, “Kulaks are not human beings.”

Adolf Hitler proclaimed to Germany in 1923, “Jews are undoubtedly a race, but not human.”   The 1936 German Supreme Court declared, “The Reichsgericht itself refused to recognize Jews…as ‘persons’ in the legal sense.”  In a British voting rights case of 1909, the court stated, “The statutory word ‘person’ did not in these circumstances include women.”  The 19th century poet, Charles Baudelaire wrote, “Women are domestic animals.”  (Information cited to Scott v. Sandford and William Brennan, Ph.D, Dehumanizing the Vulnerable:  When Word Games Take Lives by (Loyola University Press, 1995).)

If, indeed, the unborn are human beings (as science states that they are), abortion is on the same level as all the genocides and human rights violations that resulted from the statements above.

We all agree that Hitler’s genocide of the Jews was wrong and immoral.  How does this relate to abortion?
If you’re sick of hearing people relate abortion to the holocaust, think of any other mass genocide you’d prefer—Cambodia under Pol Pot, Rwanda, or Darfur, for example.  Abortion is on the same scale as other mass genocides because in both instances, certain groups are targeted for death based on qualities they can’t control.  The Jews were Jewish, plain and simple, no matter what they did.  Educated Cambodians or ones who wore glasses couldn’t help their backgrounds or how they were born.  These are clearly immoral positions, rooted in wrong thinking and bad character.

Similarly, unborn children didn’t place themselves in their mother’s wombs.  They are targeted merely because of qualities they can’t help:  their size, level of development, environment, and dependency.  ALL of these are morally wrong criteria to judge the worth of a human being on.  This YouTube video is worth viewing for more on this question.

Is it actually wrong to fail to stand up for innocent lives?
To answer this question, people need a moral basis or code that they use as the foundation of their lives.  Of course, for me, this foundation is my relationship with Jesus Christ.  As I explained in the Christian Basis for Defending All Human Life, Christians are indeed morally compelled to stand up for the innocent.

If you are not a Christian, you should evaluate your own moral code.  Does it tell you to “live and let live”?  Well, my friends, sometimes to let someone live, we must take action.  Beliefs must be paired with actions if they are to truly matter.

I will say that the moral code based in “survival of the fittest” is very dangerous.  If you read about the Leopold and Loeb case Clarence Darrow argued to let the murderers of a young boy go free, you will see how frightening—and wrong—this moral code is. Darrow believed strongly in the survival of the fittest, and he claimed that the two killed the ten-year-old boy “as they might kill a spider or a fly, for the experience.”

What should good moral character compel me to do?
Good moral character is typically viewed as decency, respect, honor, virtue, and dignity.  Decency should compel us to extend the equal right to life to each and every human being.  Respect should cause us to speak the truth about the real effects of abortion.  Honor should lead us to value each life as precious and worth fighting for.  Virtue should enable us to open our mouths and stand up for what is actually right instead of sitting in the background.

And basic dignity should compel us to never sit down until every human life –yes, EVERY human life, not only the unborn—is protected by love and by law.