Sacrificing professionalism and competence…and for what? 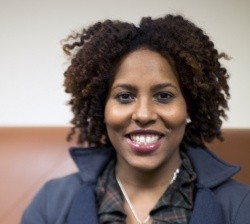 MSNBC is home to some of the media’s most shameless and tone-deaf pro-abortion propaganda, such as the historical rewrites anchor Thomas Roberts lets fly unchallenged, Touré Neblett’s ode to dumping women he impregnates, and Melissa Harris-Perry’s biological amateur hour. But the latest outburst just might top them all.

On a panel segment Saturday, University of Pennsylvania Assistant Professor Salamisha Tillet offered this theory for the vexing question of what drives right-wingers to see killing babies prohibited:

Well, I think, the Census just released data, so part of it is the changing racial demographics in the United States. For the first time in American history, children born under the age of five are racial, the majority of them are racial and ethnic minorities in the U.S.

So I think that there’s a kind of moral panic, a fear of the end of whiteness that we’ve been seeing a long time in that I think, you know, Obama’s ascension as President kind of symbolizes to a certain degree. And so I think this is one response to that sense that there’s a decreasing white majority in the country and that women’s bodies and white women’s bodies in particular are obviously a crucial way of reproducing whiteness, white supremacy, white privilege. And so I think it’s just a kind of clamping down on women’s bodies, in particular white women’s bodies, even though women of color are really caught in the fray.

Just when you think you’re finally desensitized to the stupidity running rampant in American politics, you can always count on someone to come along and remind you just how bottomless the pit really is. And a disproportionate number of these someones come from MSNBC.

It is inconceivable that anyone possessing a basic familiarity with the abortion debate does not understand that revulsion at killing innocent babies is what animates pro-lifers. This would be the equivalent of arguing that abolitionists sought to free slaves only to secure an economic advantage over the South.

And it is inexcusable that an academic would not know that the racial breakdown of abortion actually has the opposite effect, with non-Hispanic white women having the lowest abortion rates and non-Hispanic black women the highest. As we discussed last week, abortion kills over 125 times the number of black people in a single year that the Ku Klux Klan killed over the span of nearly an entire century.

Professor Tillet received a Ph.D. from Harvard and an MAT from Brown. She has numerous accolades and writing credits to her name. The University of Pennsylvania not only trusts her to teach English, but put her on the department’s advisory board and the faculty of its Gender, Sexuality, and Women’s Studies department. One would reasonably expect such extensive educational training and experience to have imbued Tillet with rigorous analytical skills, evidentiary standards, and perhaps even a pride in professional ethics – the traits that keep people from committing such brazen malpractice as Saturday’s attack. This should deeply trouble students and parents who rely on the University of Pennsylvania for a serious education.

We saw this not only aired, but reinforced by an ostensibly professional 24-hour cable news channel, whose most basic purpose is to provide Americans with a reliable understanding of the day’s events so they can make informed choices. In a ten-minute segment (entitled, of course, “New Republican effort to regulate women’s bodies”), not one of the other four participants deviated from Tillet’s slanderous, insipid fiction. Not one of them had the conscience or self-respect to call it out, or even propose that motives somewhat more understandable than racial hatred just might be at play. The absolute minimum that basic fairness and journalistic integrity demand of political discussion is too much to ask of MNSBC.

We know that character goes out the window in the service of abortion. But even if you’re not passionate about the issue, you should be very, very afraid of the ugly, far-reaching results when professionalism and competence are sacrificed, too.