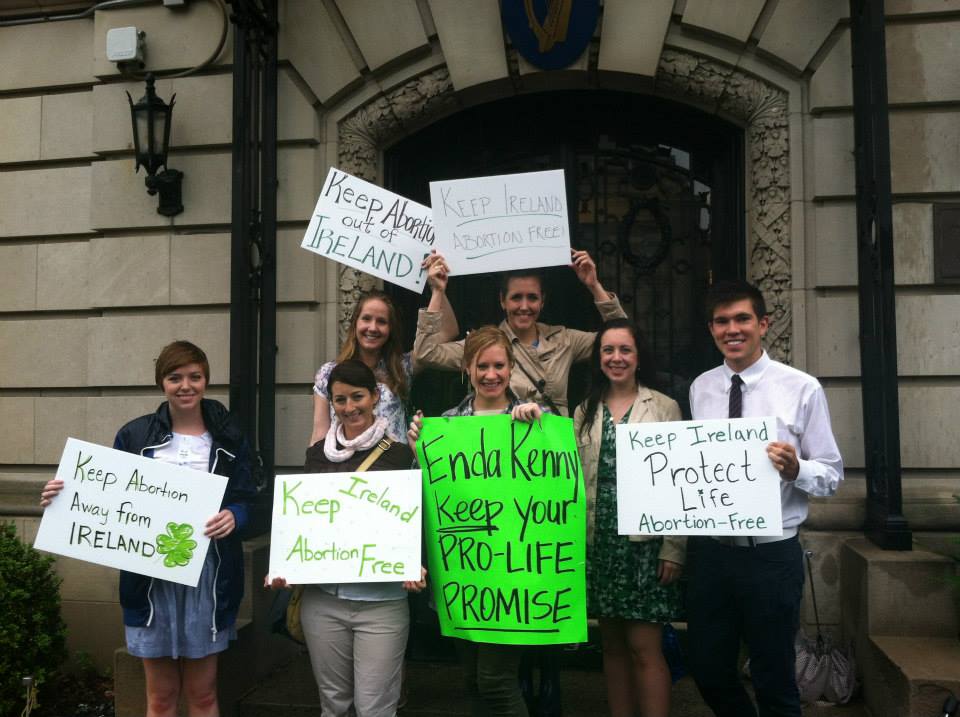 A beacon of hope for the world.

Pro-life activists across the world voiced their support for the Irish people, who are under threat of abortion legislation, by organizing protests outside Irish embassies in England; Spain; Washington, D.C.; and more on Friday afternoon.

The Live Action team joined the Christian Defense Coalition and Students for Life of America, and other pro-life leaders, to stand with Ireland against the violence of abortion. 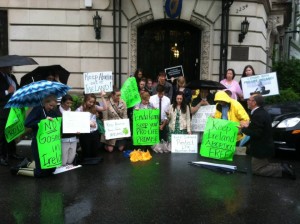 In America, we have seen the devastating effects of having legalized abortion in our country for over 40 years. Over 50 million children have been violently killed, and millions of women and their families have been torn apart. We know far too well what happens to a country that legalizes the brutal practice of abortion, thus we must stand with Ireland to help keep abortion out.

The Irish people have voted to uphold the pro-life laws of their country in three separate referenda in recent years, and they have seen the fruits of living in a country that respects every human life. Over 100,000 babies have been saved from abortion over the past 20 years alone, simply because the small country has no abortion. Imagine how many more lives have been spared throughout Ireland’s history, and how many will be saved in the future if Ireland upholds its pro-life laws.

The current Irish government was elected to be a voice for the people, and they were elected with the expectation that they would uphold the nation’s pro-life laws. But now the government in Ireland have turned their backs on the people and are pushing forward extreme legislation that would legalize abortion throughout all nine months of pregnancy.

On Friday, pro-life activists in Washington, D.C. braved the pouring rain to stand with the pro-life majority in Ireland.

We had a good turnout, and the Irish Embassy definitely took notice. There are 34.5 million Irish-Americans in the U.S., and it is important that the public know that the Irish-American community stands with pro-life Ireland. The Embassy recognized our efforts and met with pro-life leaders Rev. Pat and Katie Mahoney to discuss the reason for our protest.

The Embassy and the Irish government need to know that we will not back down and that we will continue to stand up for the most innocent in our homeland. We want to see the day where life is protected throughout the world, and Ireland is a beacon of hope for that future. 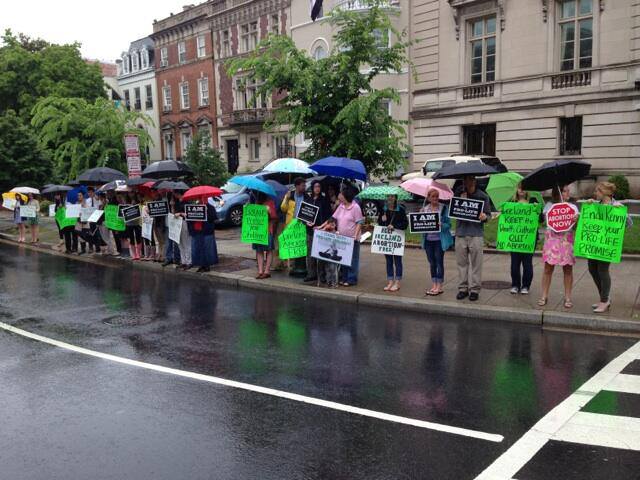 We continue to fight the abortion laws in America and work to protect every human life in the U.S., as well as standing with the pro-life movement worldwide.

Pro-lifers in America, Spain, England, and other nations recognize that we must stand alongside pro-lifers in Ireland, because they are facing the battle of their lives to uphold their pro-life laws.

Stand with people of Ireland and pray for them, that they may remain steadfast in the fight to keep Ireland abortion-free. 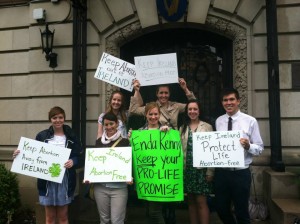 Ireland is a light to the world, and united we will stand in the battle to protect life from the moment of conception worldwide.