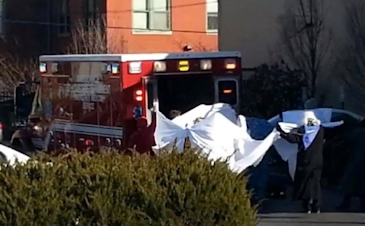 Medical emergencies are not new to this clinic; at least 22 have been recorded since 2009.

When asked for the 911 records from the most recent incidents, Patricia Wedling cited the HIPAA Privacy Rule as their reason for withholding the calls. Troy Newman, from Operation Rescue, stated that “Wendling’s argument that the otherwise-public records are protected by HIPAA is spurious at best. HIPAA hasn’t changed since last December, so if it was legal to release the records to us then, it should be legal to release them now.”

Operation Rescue plans to counter the efforts of Saint Louis and Planned Parenthood by bringing this to the courts in a lawsuit.

Maggie Crane, Communications Director for the Office of the Mayor of Saint Louis, stated that if this is under legislation, which she did not confirm, “that would be our comment.” No other official provided a statement.

Michael Norton, Senior Counsel of Alliance Defending Freedom, stated in a phone interview that “authorities are using the HIPAA laws as a way of shielding and withholding information about the incidents.” And this is not a new tactic.

We have run into the same issue in the state of Washington where pro life people who are interested in exposing the incidents of abortions done by Planned Parenthood and related clinics are being withheld from disclosure under the state of open records act on the grounds that there is enough identifying information in the records to be able to discern who the patient might be and thus, the violation of the HIPPA laws.

I am not surprised at the effort in St. Louis to restrict access to records. They should not be restricted and they make it necessary to go to court to retrieve those records. Certainly patient identifying information name, Social Security Number, and address ought to be redacted. But the details of the incidents ought to be made available to the public.

Planned Parenthood is hiding behind HIPPA as an excuse from having to disclose records that show abortion and the medical malpractice of botched abortions and the like.

Does HIPAA apply? The final decision would be part of the decision the court would make, according to Norton.

Operation Rescue made their intentions clear with a recent statement:

Covering up for abortion abuses only further increases the risk that a woman will be seriously injured or killed at shoddy abortion mills that flout the law and the standard of care. For that reason, we continue to demand the release of public records for 911 incidents at the St. Louis Planned Parenthood.

Stay tuned as the story develops.