If you listen to the pundits who support Planned Parenthood, the sky will surely fall if the abortion chain is defunded.

The claim that removing federal dollars from Planned Parenthood will shutter their doors is ludicrous. As Live Action News has previously reported, the organization’s own annual reports reveal that Planned Parenthood has been netting a profit for many years. Almost every year since 2000, Planned Parenthood’s revenue has exceeded their expenses — not just by a few dollars, but by tens of millions of dollars (yearly surpluses of $12.2 million in 2001 to a high of $155.5 million in 2010). In addition, with the threat of defunding now more real under the newly elected Congress and president, Planned Parenthood has repeatedly claimed that private donations are suddenly flooding into their coffers.

For the sake of argument, let’s imagine what would happen if we applied this same logic — that a profitable organization should be taxpayer funded, merely because closing would disenfranchise its customers — to any other business. Let’s suppose it was thought that department store chains should receive taxpayer funding because online sales are hurting chain stores’ business. The argument could be made that these department stores have served many people, that they are located in many disadvantaged communities, and that poor people who do not have internet access will be disenfranchised if these stores close. Should we then give these stores half a billion taxpayer dollars every year (the amount Planned Parenthood receives) to keep them open?

The truth is that there are Federally Qualified Health Centers (FQHC) already in place, which could serve the patients Planned Parenthood serves — outnumbering Planned Parenthood centers by the thousands (a 20 to 1 margin)– so why do Planned Parenthood spokespersons (many who earn six-figure salaries) want you to believe that American women could not survive without them? 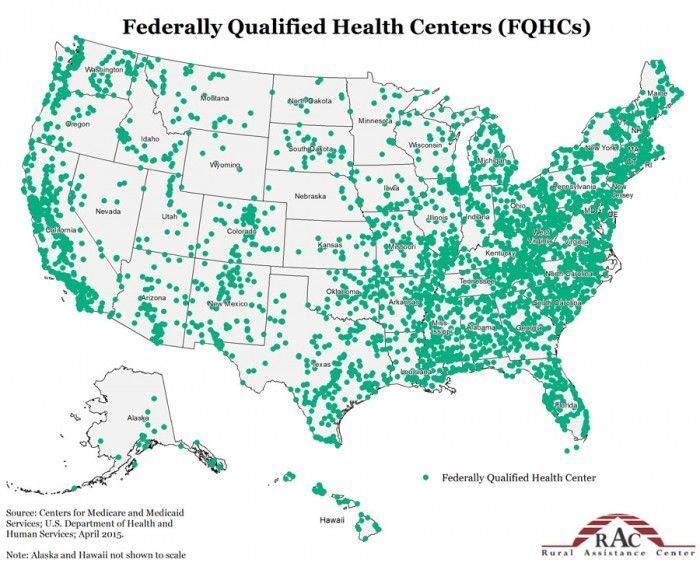 Planned Parenthood president Cecile Richards has even made totally unsupported claims that millions would be without healthcare if Congress votes to defund Planned Parenthood. Richards recently told Rolling Stone:

This is literally whether a young man in Texas can come to us for an STI testing, or whether a woman who has a lump in her breast can come to us in Ohio to have a breast exam or be referred for screenings, or whether a college student or a young person anywhere in the country can come to us for family planning. We’re talking about more than a million-and-a-half people who rely on Planned Parenthood, and for most of them we’re their only medical provider. As all of the medical institutions have said: There’s no one to take our place providing low- and moderate-income people with preventive health care. There isn’t any other entity that is doing that work.

Interesting that she mentions the breast screenings, because Planned Parenthood, as Live Action has documented, does not do mammograms — but FQHCs do.

I am curious, however, as to how the defunding of Planned Parenthood would cause the apocalypse, but closures of other non-profits — specifically hospitals, which one could argue offer far more needed “services” — would not.

According to a 2015 report published by the Journal for Health Affairs, patient health was not significantly compromised when hospitals closed. The Non-Profit Quarterly reports pointed out with regards to the study that “vulnerable hospitals that have not been financially sustainable, with operating margins of ‑20% on average, have been the first to close, causing public concern that displaced patients will experience declining health and even death when access to care goes away.”

The unknown in the study was how the closures affected low income patients. But according to Non-Profit Quarterly:

Researchers reported that among Medicare patients there were no substantial changes in admissions, lengths of stay, or readmissions, but also cautioned that the study should not be interpreted to mean that every hospital loss is harmless….

While the study supports the argument that access to care has improved, the data does not, however, tell the whole story. One-third of institutions that were closed were “safety net” hospitals that treated large numbers of low-income and uninsured people. Since only easily-accessed Medicare patient information was reviewed, impact on those populations is still unknown.

Unknown? A study of three hospital closures from 2015, conducted by the Kaiser Commission on Medicaid and the Uninsured and the Urban Institute, actually found that lower income and elderly patients were negatively affected and “were more likely to face transportation challenges and thus more likely to delay or forgo needed care.” 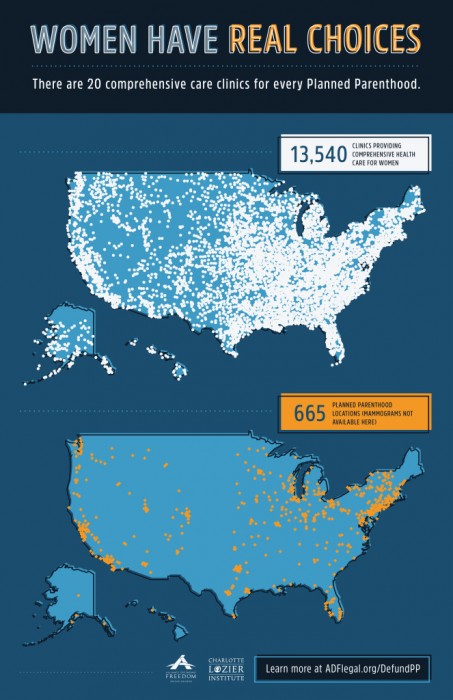 But in Planned Parenthood’s case, there are already hundreds of FQHC alternatives available, open and ready to serve the public. A December 2015 Congressional Research Service report which compared the services of Planned Parenthood Federation of America-affiliated health centers (PPAHC) to those of Federally Qualified Health Centers (FQHC) found…

Planned Parenthood and its supporters want the public to believe that only Planned Parenthood is able to care for the needs of the 2.5 million patients they “serve.” And they will suggest that if they are defunded and close facilities, the hundreds of FQHC that replace them (already in existence and serving patients, mind you) will be overwhelmed with patient influx, thus unable to address the many needs. (This was the same fear that plagued Democrats when they passed the Affordable Care Act, yet they argued that the system would be more than able to handle that influx.)

Planned Parenthood is the largest provider of abortion in the nation. Live Action has documented how Planned Parenthood manipulates its own data to cover up the fact that abortion – not women’s health care – accounts for the lion’s share of the corporation’s services for pregnant women.

Defunding the largest chain of abortion clinics will not send millions of patients to their demise — and Planned Parenthood knows this. The truth is that taxpayer dollars can be better spent on real health care organizations that will serve the American public and maintain the sanctity of life in the process.