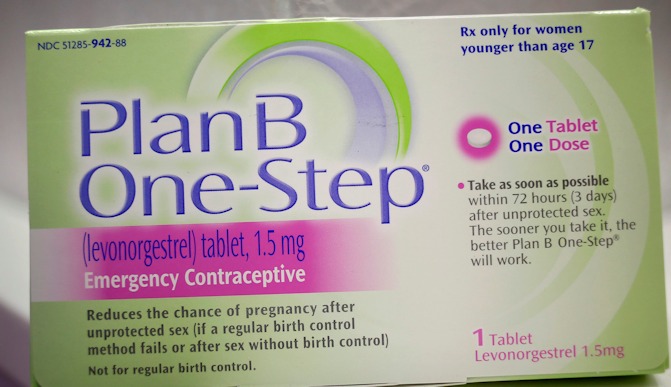 The authors of the review, featured in The Linacre Quarterly, put it lightly when they say in the abstract that “[t]here has been much debate” regarding whether so-called emergency contraceptives actually work by destroying a newly conceived human being (that is, a human embryo).

“Many doctors and researchers,” the authors elaborate, “claim that it has either no – or at most – an extremely small chance of working via abortion.”  But “the latest scientific and medical evidence now demonstrates that levonorgestrel emergency contraception theoretically works via abortion quite often.”

The review lays out eight arguments “against an abortifacient effect” and debunks them, relying in significant part on a study by Noé, et. al in 2010 – “the largest study to date to employ serial trasvaginal assessments of follicular size to determine ovulation.”  Basically, the information in Noé, along with a number of other studies, shows that Plan B does not delay or otherwise affect ovulation significantly enough to rule out the likelihood of the drug operating after fertilization (i.e., destroying a unique human being).  Further, “there is absence of clinical pregnancy in cases where fertilization is likely, which suggests that abortion is a likely mechanism of action.”

“The claim,” the authors conclude, “that moral certitude exists via LNG-EC’s non-abortifacient action is currently indefensible.”

The Linacre Quarterly describes itself as “the oldest continuously published bioethics journal in the United States.”  It is the official journal of the Catholic Medical Association.  The American Life League, doubtless noticing the Catholic affiliation, has used the review to press the United States Conference of Catholic Bishops to come down hard on the administration of emergency contraceptives by Catholic hospitals.

The mechanisms of hormonal contraception have always been poorly understood, if only because one cannot pinpoint the exact moment of fertilization.  Plan B’s own label proclaims that the drug can cause the death of a unique human embryo – “It may also prevent fertilization of a released egg … or attachment of a fertilized egg to the uterus.”  The term “fertilized egg” is misleading, because once an egg is fertilized, it is no longer an egg.  There is no spermatazoon at that point, and no ovum, but only a discrete human being, with the full complement of chromosomes (generally) and the workings in place to develop and grow.

This is a human being.

ALL’s president noted that “Catholic bishops have been assured, by Plan B proponents, that the drug does not cause an abortion[.]”  That Catholic hospitals and other organizations would “trust” the purveyors of a product the Church condemns as “intrinsically evil” (CCC 2370) is problematic to begin with.

But abortion is not just the jurisdiction of the Catholic Church, and the Linacre review should have an impact well outside the Vatican.  If human beings are inherently precious, then our nation’s laws should be absolute and consistent in protecting them – even when they don’t “look” as human as we would expect, and especially when they cannot speak for or defend themselves.