The future of abortion?

Cultivating Weeds is a fictional story written by first-time author and president of “Secular Pro-Life” Kelsey Hazzard. The book tells the story of Stacey Roberts Casanueva, an abortionist from the future.

The date is January 22, 2072. As the narrator of the story, Stacey’s daughter, Crystal, recalls the events of her mother’s life, thirty-five years after they’ve taken place. By this point, the world has been impacted by Stacey Casaneuva’s actions. She is a figure hated by some, beloved by others. Crystal seeks to set the record straight by giving an inside peak into her mother’s world. 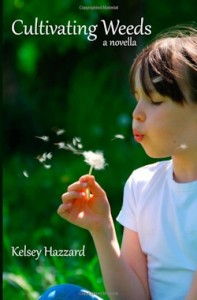 Cultivating Weeds is a window into the complexities of a person who performs abortions. Pro-life activist Abby Johnson praised the book, saying: “Hazzard has successfully captured the unique psychology of abortion work. As a former abortion clinic worker myself, I couldn’t help but be moved by this beautiful story about new beginnings and the true meaning of heroism.”

The main character, Stacey, was born in 2000 and raised in an upper-middle-class liberal New England family. As a young child, Stacey would cry when she saw charity advertisements showing pictures of impoverished children or abused animals. Stacey was a brilliant girl with an empathetic heart. Her mother encouraged her to put her compassion to good use by getting involved with volunteer work. Later, when it came time for Stacey to choose a career path, she wanted to become a doctor.

Stacey’s intentions were noble, as she knew that doctors help those in need. Stacey wanted to make a difference, and she believed that if she became an abortionist, she could aid women in crisis while simultaneously protecting the environment from overpopulation. When she performed her first abortion, her patient gushed over her, saying, “You saved my life.” Stacey felt proud to be doing a job that mattered.

By 2030, Stacey had earned her M.D and was opening her own practice in Los Angeles, California. She was on the fast track to the successful life she dreamed of. As the story tells, in less than three years, her dreams would be shattered.

Cultivating Weeds is a story of redemption and hope. It’s an inspiring picture of what can happen when a person grabs hold of life-changing truths. As I read about Stacey’s life, I saw similarities to my own. I too have a heart for justice, a desire to help the needy, and a burden to change the world for the better. Reading the book made me wonder how many people in the abortion industry are there because they wrongly believe abortion is the best way to help needy women.

Cultivating Weeds is filled with suspense, and it features an intriguing plot that keeps the reader curious. Through a series of events, Stacey ends up involved in a top-secret, controversial medical study. If successful, the study has the potential to change the issue of abortion as we know it.

The 54-page book is a quick read with a powerful message. You can buy your own copy here. The book is also available as a Kindle e-book. All proceeds through the end of February 2013 will go towards the “Secular Pro-Life” organization. Secular Pro-Life’s motto is, “You don’t have to be religious to understand that abortion kills a human being.” After reading the book, you can share your thoughts on the Cultivating Weeds Facebook page.

Secular Pro-Life gives this message: “Cultivating Weeds contains some explicit language that may not be appropriate for readers under the age of 13. Please don’t give copies to the young people in your life without their parents’ permission.”

Cultivating Weeds‘ unique plot left me wishing this fictional tale could become a reality. Take the time and read it for yourself!