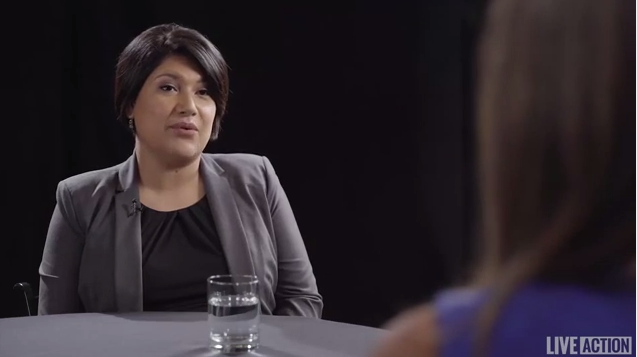 In 2011, seven Planned Parenthood staffers at six facilities were caught on camera willing to aid and abet child sex traffickers. In an investigation conducted by Live Action, the Planned Parenthood counselors were seen coaching investigators posing as pimps on how to illegally procure secret abortions for their child sex slaves. Workers neglected mandatory reporting laws, encouraged traffickers, and worked as a partner in crime to help perpetrators cover up their activities.

Former Planned Parenthood manager Ramona Trevino is speaking out about her previous employer’s negligence in reporting child sex trafficking to authorities. In a new interview with Live Action President Lila Rose, Trevino says that after the damning videos were released, the abortion giant announced to the public that they would retrain staff to help identify cases of sex trafficking. Instead, Trevino said, a meeting was held to train Planned Parenthood staff on how to identify undercover investigators.

“When were called into this meeting, I went in really believing that Planned Parenthood could redeem themselves— they’re going to prove that they really do care about women and this is something that really concerns them,” Trevino said. “They begin to play all of the previous undercover investigations that had been put out about Planned Parenthood, and I became very perplexed.”

“As time went on, I raised my hand and said, ‘I’m confused. When are we going to actually begin the retraining? What can I do as a manager to take this information back to my staff and enforce policies and procedures that would help protect women?’ [The Planned Parenthood speaker] immediately shot me down,” Trevino said. “She said, ‘We’re not here to talk about that.'”

Trevino was angered and shocked that leadership showed no willingness to help women and girls who are victims of sex-trafficking.

“That experience left me so disgusted that I couldn’t see if Planned Parenthood could redeem themselves after that,” Trevino said.

However, this is not the first time that the abortion giant has shown a blatant disregard for women and children. In the aftermath of the Live Action videos, Planned Parenthood claimed that encounters with sex-traffickers had been properly been reported to authorities. The abortion giant referenced a letter from Planned Parenthood President Cecile Richards to then-Attorney General Eric Holder.

The letter, however, did not correctly identify the states of the investigators posing as sex traffickers. Through a Freedom of Information Act report, Live Action discovered that only one of the states listed, Arizona, had records that any report had been made regarding an encounter with sex traffickers at a Planned Parenthood facility.

The footage also clearly revealed that Planned Parenthood staff members violated mandatory reporting laws, and helped pimps and abusers instead of reporting illegal activity. In one of the undercover tapes, Planned Parenthood Manager Amy Woodruff (who was fired after the video surfaced), coached investigators posing as a pimp and his prostitute how to procure secret abortions.

Planned Parenthood: You never got this from me. Just to make all of our lives easier.

Planned Parenthood: If they’re 14 and under, just send them here if they need an abortion [laughs].

Live Action has exposed a number of Planned Parenthood workers willing to aid sex traffickers, along with many serious abuses and cover-up inside America’s largest abortion chain.