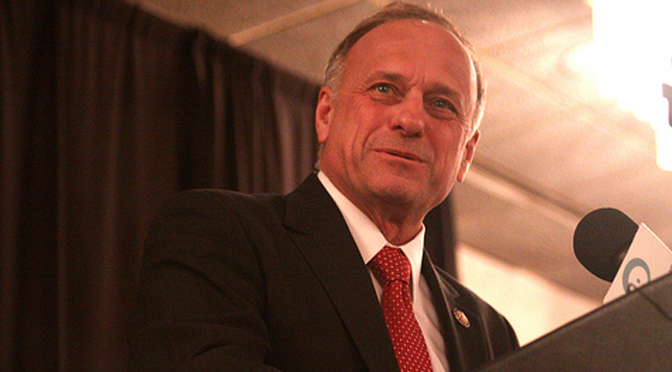 Following news that the House of Representatives will vote on HR 3134, Rep. Diane Black’s bill to place a one-year moratorium on Planned Parenthood’s taxpayer funding, Rep. Steve King is criticizing the legislation as insufficient.

King objected that this “simply restates current law – the Hyde Amendment,” “reauthorizes Planned Parenthood to perform abortions with federal funds in the cases of rape, incest, and life of the mother,” and “does not take away any of their other streams of funding from the federal government or reduce federal funding to Planned Parenthood by even one dollar.”

Calling it a “a huge step backwards from the initial conservative position that Planned Parenthood should not be receiving federal funds,” King introduced an amendment to the bill replacing the temporary moratorium and certification language with language simply and permanently denying any and all funds to the abortion giant, “any affiliate or clinic” under its umbrella, or “any successor.”

Another House bill, Rep. David Jolly’s HR 3301, is a more straightforward and permanent ban akin to King’s amendment. It mirrors the Senate defunding bill which won a 53-46 majority but failed to break the filibuster last month. However, it has only one cosponsor compared to the Black bill’s 176.

“I expect much stronger language than this in the CR coming up in the next few weeks,” King declared. “Innocent, unborn babies deserve more than just a show vote.”