Last January, I was traveling on business, staying in a little hotel in a college town.  I like to think I’m usually more aware of my surroundings, but it was so snowy and windy that I wouldn’t have heard his footsteps even if he had he been stomping.  It happened so fast.  I got the door open, turned around to close it, and he was there – a huge man.  My first instinct wasn’t fear, just confusion.  In an instant, he punched me in the face.  I don’t remember being dragged from the room, but I was found in the stairwell.  I don’t know why – maybe I was trying to go for help.

The rape kit came back negative for HIV, gonorrhea, chlamydia, syphilis, herpes, and dozens of other things I’d never heard of.  God is gracious.

The following month, I was scheduled to work on a cruise ship.  Struck with dysentery on day two and not getting better with antibiotics, I was taken to what passes for a hospital when we docked in Cartagena, Colombia.  Concerned about intestinal obstruction, I was given an ultrasound.   And we saw the pea – my son.  Happy Valentine’s Day.

Back on the ship, I told the doctors an abbreviated version of my story, which resulted in me being quarantined.  Suicide watch?  In danger of a psychotic break that will have me running naked across the shuffleboard courts?  Who knows.  What I know is that I spent the next week listening to a team of very well meaning doctors and nurses console me with how “easy” it would be to “take care of it” – to kill the child.  To start over.  Easy??? 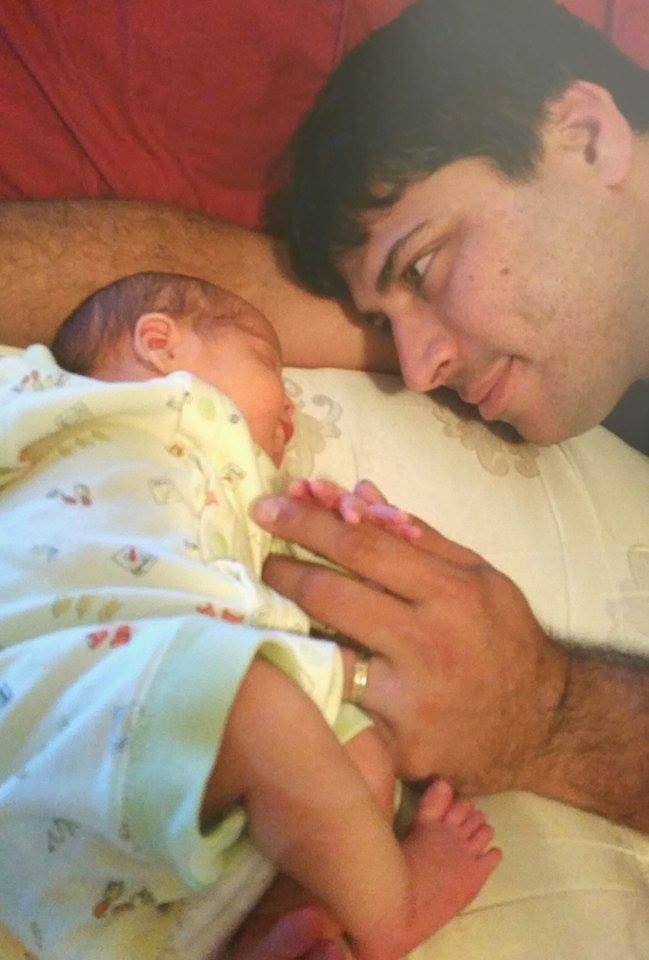 There were a lot of things discussed over scratchy, tearful transatlantic phone calls home that week, but the possibility of “taking care of it” never came off my lips.  Or my husband’s.

And I began to feel the stirrings of joy for the new life in my womb, blossoming under my heart.  That new love that would grow so fierce it overwhelmed any trepidation or angst.  And my husband was right.  We could do it.

On my last morning aboard the ship, I said to this caring team, “If you ever think about this again, if you ever wonder what happened to me — I had a beautiful baby in October 2014.”   Their reaction . . . , the looks on their faces . . . , the doctor who had pushed abortion more vehemently than the others — she had tears in her eyes.  For the first time, I thought of how God can use this, this nightmare I’d endured.  Use me.

I live in North Carolina.  My OB who delivered my last two children was running in the Republican primary for U.S. Senate.  He talks to people all the time who challenge him with the “What about in cases of rape?” question.  What about them?  My son will have a voice.  Until he can use it, it’s my responsibility – my privilege – to speak for him.  That’s my story.

During my pregnancy, I was in and out of the hospital for a couple of months – more in than out.  I had preeclampsia, high blood pressure and uncontrolled seizures.  It was terrifying at 26 weeks when they admitted me saying they might have to deliver that night – terrifying because I desperately wanted my son to live!  We got past that fear.  I had strict bed rest, but was home.  Every week we made it further was awesome, knowing how glad I’d be once he got here safely in my arms.  Emotionally, I was doing very well.

We were working with a really godly team of doctors.  It’s just a matter of trusting utterly.  This wasn’t new.  I’d felt completely out of control since the assault in January – not that “control” is ever anything but an illusion, but, you know.  8-1/2 months ago the world upended and hadn’t righted since – until my son was born.  It’s not a bad thing.  It keeps me on my knees, keeps me from my arrogant, self reliant “It’s okay, God. I got this” attitude, which I’m so quick to adopt.

Our little boy may have been conceived in violence, but he is a gift from God — a delicious gift that filled the hole in our family that we never realized was there.  He made us complete.

I’m so thankful to have been connected to other mothers who became pregnant by rape as well.  We are survivors.  Not victims.  My son has healed me.

The pressure to abort from the medical community was extremely eye opening to me.  So many times I was told how “simple” it would be and how quickly I could just “get on with my life” once it was over.  It was heartbreaking to have to repeatedly hear it.  Even some friends thought keeping the baby was a mistake – that I wouldn’t be able to handle things emotionally.  Every time we, as rape survivor mothers, share our stories, we are strengthened as we strengthen others. . . .  And who knows what lives might be spared?

Editor’s Note: This article was first published elsewhere and was reprinted here with permission in 2014.