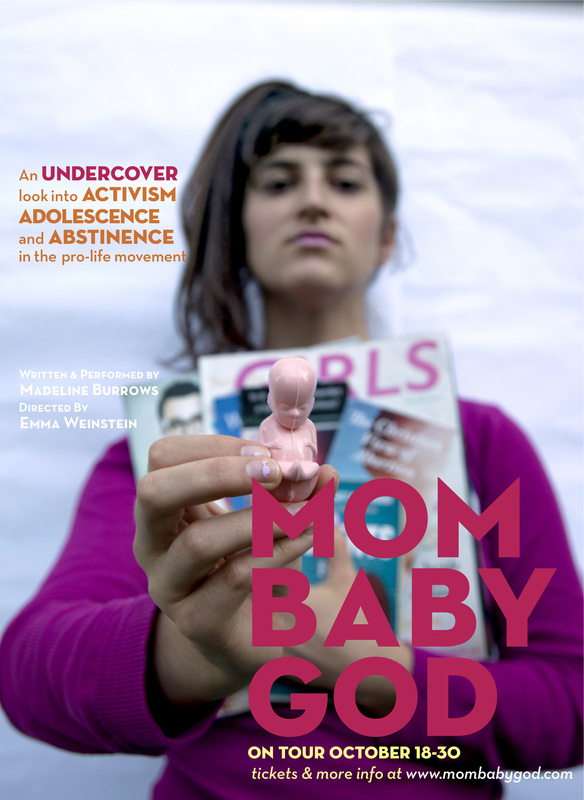 “disturbed by how much enthusiasm there was for the pro-life issue amongst youth” and she wanted to show those in her movement our enthusiasm to abolish abortion in order “to wake up the pro-abortion movement.”

This pro-choice undercover activist set out to write the most pro-abortion play she could, hoping to motivate pro-choicers to become more active in the movement. But here’s the interesting thing:

“The writer admitted during the Question & Answer session after the premiere that she had to rewrite several scenes of the play relating to fetal development, because they were actually causing her audience to question their pro-abortion beliefs.”

That’s the terrible problem that pro-choice activists have. The facts of fetal development and about abortion procedures are simply not in their favor. Modern technology shows the beauty of unborn babies at every stage of development.

New 3-D ultrasound scans show unborn babies with remarkable clarity. We can see the delicate arms and legs, the little fingers and toes, even the expressions on the faces on the unborn babies. And it’s not just  the beautiful ultrasound pictures – at sites like the Endowment for Human Development you can see actual videos of unborn babies moving in the womb.

You can see a six-week-old unborn child; you can watch her heartbeat, watch her move her hands; you can see the delicate fingers beginning to form. And now, of course, sites like this one quote abortion providers describing the procedures they do.  We can read quotes and testimonials of abortion providers, both current and former, describing how they tore the arms and legs off of developing babies and placed them in a stack on the table. We can read their descriptions of pulling body parts off of suction cannulas,  measuring the feet of aborted babies,  and watching unborn babies being torn apart on ultrasounds. And if all that wasn’t enough, we have the pictures of the aborted babies where people can see, with their own eyes, the torn off arms and legs, the delicate tapering fingers, the crushed skulls of the aborted children.

With all this evidence, all this proof, all this truth, it is very hard for pro-choicers to convince people that abortion does not kill babies. All you have to do is open your eyes and see.

Reading the article the Students for Life of America blog, I was reminded of a quote that I discovered a few years ago in a pro-life book written by Janet L. Folger, a dedicated pro-life activist and speaker. Folger was describing how after a presentation at the University of Cincinnati, an angry pro-choice woman, with a little child in tow, began berating her about using the term “baby” to describe unborn children. What happened next is very revealing:

“’It’s not a baby – it’s a fetus!’ She shouted! I assured her that the two words were synonymous, but she would have nothing of it. ‘Quit calling it a baby!’ she demanded. Right then, in the middle of our little ‘discussion,’ her young child, pointing to the fetal models on display, declared, ‘Mommy! Look at the babies!’ The child was yanked by the arm and as they briskly walked away, I could hear the child’s mother say, ‘We don’t believe that.'”

This is why Planned Parenthood fights so hard to prevent women from seeing the sonogram when they are considering abortion.  This is why newspapers owned by pro-choice editors refuse to allow pro-lifers to run ads, even non-graphic, noncontroversial ones.  Why pro-choice groups and abortion providers try to take down pro-life billboards and why universities try to keep pro-lifers off campus. They have to keep people from seeing the truth. Because it’s getting to the point where people, if fully informed, can’t deny that abortion kills babies. This is where the truth leads. Pro-choicers need to censor the truth whenever they can – or harden peoples’ hearts to it.