How “unbundling” gets Planned Parenthood a tide of public funds to be used for abortions.

Please see part 1 and part 2 respectively prior to reading this.

The second major fraud group in the suit against Planned Parenthood of the Heartland (PPH) is “Unbundled Medical Services and Supplies Relating to Abortions.” PPH receives state and federal funding to provide family planning services, provide vaccinations, and perform other tasks. While it is illegal to use such funds for abortions or any services linked to abortions (like a blood test or ultrasound to determine pregnancy with the intent to abort if tests are positive), it is a commonplace practice in the abortion industry. While many believe that the other services provided by Planned Parenthood are valid and worthy of funding through taxes, federal law itself states that not only must such money not directly pay for abortion, but it is prohibited from indirectly covering it as well.

As the suit states, “Title X [Medicaid] funds may not be used to subsidize abortion services offered by the grant participant […] and the participant must properly allocate expenses related to its abortion operations and fund them with non-public sources.”

There are two problems with Medicaid funds going to abortion clinics and affiliates. The first is the more direct tie to abortion. Since various non-abortion procedures and services are often done in the same clinic as chemical or surgical abortions, it’s very difficult to be sure that no public money goes to cover the abortions themselves or the services necessary to perform them, such as blood tests, urine tests, ultrasounds, and pre-abortion appointments to discuss and schedule the abortion. Each such procedure and/or appointment billed to Medicaid or state entities violates the law, as it involves knowingly billing such public sources for abortion-related expenses, which are to be covered by the patient herself, her insurance, private donations, or other sources. 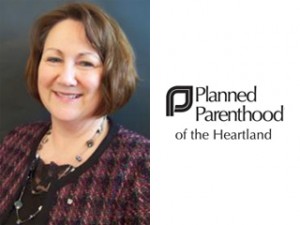 The second problem is less obvious and direct, but still prohibited by law (though, once again, commonplace). It is the subsidizing of abortion by use of federal and state funds to cover legitimate costs so other income can be freed up for abortions. In other words, abortion clinics have many expenses: medical personnel, office personnel and managers, utilities, marketing, construction/repairs, supplies, surgical instruments, and so on. Using public funding to build, operate, staff, and market a “women’s health center” also allows Planned Parenthood to use public funding to build, operate, staff, and market their abortion clinic, as it is one and the same facility/operation.

Additionally, any money in the cash pool that is spared by using public funds for all costs outside abortion is money saved for abortion. If they don’t have to use their own money for a $200,000 renovation for “improved family planning facilities,” that’s $200,000 free to use on abortions, RU-486/Telemed abortions, and the like. (This example is made up to put a more abstract financial concept in an easier-to-visualize way.)

The suit reads, “In spite of aforementioned prohibitions, […] Planned Parenthood has, on a regular basis and at all times relevant to Relator’s Complaint, sought reimbursement from Title XIX-Medicaid funds […] for reporting for medical services and prescriptions or supplies rendered as part of the provision of abortions, including, without limitation, office visits, ultrasounds, Rh factor tests, lab work, general counseling, and abortion aftercare, all of which were, when provided, integral to and/or related to surgical and medication abortion procedures.”

Thayer’s suit details exactly how the illegal practice of using public funds to cover and/or subsidize abortions and related expenses is allowed to continue as everyday billing. In short, it’s a sleight-of-the-hand on paperwork known as unbundling. If it doesn’t appear to be a charge associated with abortion, as far as the government can tell, it’s not an associated charge. “In a practice commonly referred to as ‘unbundling’ or ‘fragmentation’ […] [PPH] knowingly and intentionally separated out charges for services rendered as part of the provision of abortions, including, without limitation, office visits, ultrasounds, Rh factor tests, [etc] and submitted such separate ‘unbundled’ charges as claims for reimbursement.”

“The unbundling scheme was applied systematically to virtually every patient who received an abortion at one of Planned Parenthood’s centers. Each abortion was associated with a minimum of three unbundled and abortion-related procedures, and often several more,” the suit states. It continues that while each case could vary based on patient needs and requests, “every patient would have a pregnancy test, an Rh factor test, and an ultrasound, and ordinarily multiple types of medication were dispensed.”

“Although the provision of abortions has been a ‘loss leader’ for [PPH], the ‘unbundling’ of abortion services and the billing of abortion-related procedures in violation of [Medicaid laws] was done knowingly and systematically by Planned Parenthood to financially subsidize abortions as a method of family planning.”

The relevant part of the suit closes, “The acts of Planned Parenthood and its officers and employees, as described herein, constituted the knowing presentment of false or fraudulent claims” and through those acts caused to be made or used “false records and statements to the United States and/or Iowa to conceal, avoid, and/or decrease [PPH’s] obligations to repay monies. [PPH] also failed to disclose […] facts that would have resulted in substantial repayments by [PPH] to the United States and/or Iowa. The United States and its fiscal intermediaries […], unaware of the falsity of records, statements, and/or claims made or submitted […], paid and continue to pay Planned Parenthood for claims that would not have been paid or be paid if the truth were known.”

The fourth and final article in my series for Live Action will be posted soon. Please look for that, which will detail the final major claim group in the PPH suit, “Fraudulent Certification of Compliance with Title X Program Requirements and Federal and State Law.”