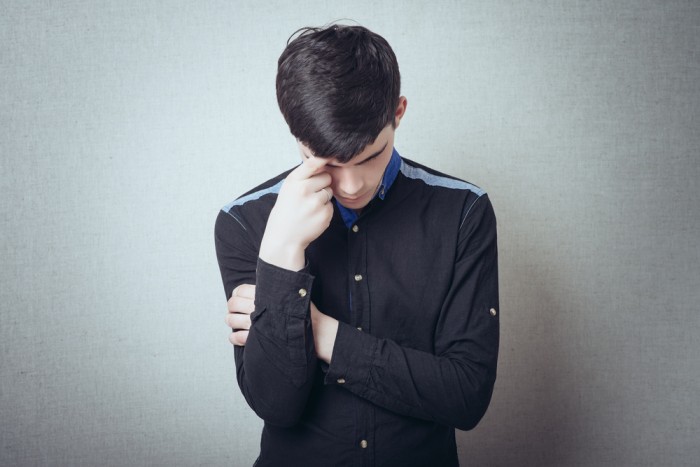 Among pro-lifers, it is well-known that many women suffer emotionally after their abortions. A previous Live Action article about post-abortion women and suicide mentioned two studies that found that women who aborted had a six to seven times higher suicide rate than women who did not.

There are many support groups and outreaches to women who have had abortions, and their testimonies of loss and regret appear all over the Internet.

But men can also suffer after their partner’s abortions. Through the years, many post-abortion men have spoken out about their pain. In the magazine Esquire, a publication not known for pro-life biases, post-abortion father, Mark Baker, gave an eloquent and poignant testimony. Although the testimony was given years ago, the feelings it expresses are common among men who regret a past abortion.

He says: “I’ve had a hell of a time dealing with it, actually. To this day I still think about it. I’ll go to bed, and I’ll think about it and say to myself, ‘Man, what a terrible thing to do. What a copout. You don’t trade human life for material niceties.’ Which is what I was doing, because I was hoping for a better future, more goods I could buy.”

Despite trying, he was unable to deny his baby’s humanity:

“I don’t have a good rationalization for that either. I’m not one of those people who believes that it’s only potential life. I’ve come to believe more and more that the baby in the womb is just that – a human life. I wish I didn’t. I wish I could make myself believe differently, but I can’t. It would make it easier to deal with mentally. When you have the opposite view and you go through with the abortion anyway, well that’s worse than anything.”

His grief is compounded by the fact that he was the one who convinced his partner to abort. Therefore, he feels mostly responsible:

“So, you see, I’m kind of stuck. She did it for me. I feel that I murdered somebody. I wish I could do it over again. If I could just go back in time and relive those years. If she’d had a child, even if we got married and everything, it wouldn’t have been that bad. I’ve seen other people do it. Reality is such a bitch sometimes, you know?”

Baker’s poignant story of regret shows that its not only women who suffer after abortions. Previous articles have shown that siblings of aborted babies suffer, as well.  Abortion hurts men, women, and children.

Editor’s Note: If you are a father, attempting to stop an abortion of your child, please see this article. This article also lists resources (at the end) for post-abortive fathers who need healing or someone to talk to.