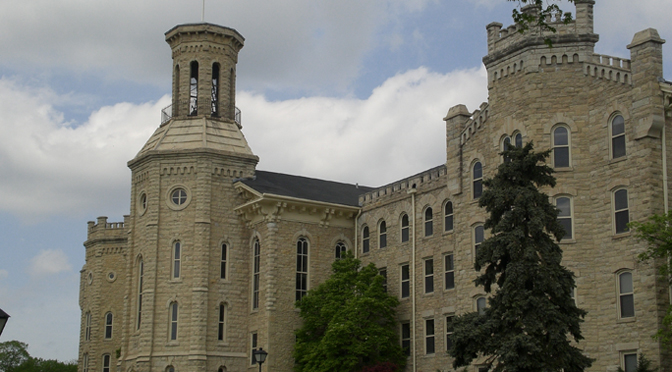 Further proving its lack of respect for life and religious beliefs, Planned Parenthood has stooped to another low in its quest to beat out real health clinics that want to reach college students. Planned Parenthood is offering special discounts to students at Wheaton College, a selective Christian university whose mission statement says:

Wheaton College serves Jesus Christ and advances His Kingdom through excellence in liberal arts and graduate programs that educate the whole person to build the church and benefit society worldwide.

While some colleges that have a history in Christian tradition don’t actively maintain a Christian emphasis, Wheaton does. In fact, maybe that’s why Planned Parenthood is focusing its fangs on the Christ-centered school. This targeted response to Wheaton is likely based on the school’s recent decision to not provide health care to its students. While this is not the result the school wanted, it was forced into this decision by the mandates of ObamaCare, as Wheaton believed it would otherwise be forced into providing abortion drugs.

In 2012, Wheaton filed a lawsuit, joining The Catholic University of America in protesting the preventative care part of the Affordable Care Act because of the mandate to provide abortion-inducing drugs to its employees. Wheaton said then:

Wheaton College is an explicitly Christian liberal arts college and graduate school with a deep commitment to do all things “For Christ and His Kingdom.” A pervasively Christian institution, Wheaton’s students, faculty, and staff affirm “the God-given worth of human beings, from conception to death.” The institution’s religious convictions prevent it from providing its employees with access to abortion-causing drugs that can harm human life. Wheaton College is now fighting for the right to carry out its Christian mission free from government coercion.

“We cannot abandon our Christian beliefs simply because the government refuses to recognize that Wheaton is a religious institution,” said Philip Ryken, President of Wheaton College. “The government has exempted plans covering millions of people from this mandate—we believe it should exempt Wheaton too.”

As recently as last October, the college said:

The Wheaton College Board of Trustees has voted to continue with the College’s lawsuit. The College expects the case to proceed in the U.S. District Court for the Northern District of Illinois and the U.S. Court of Appeals for the Seventh Circuit.

In late July, the college finally announced it would stop offering student health care plans because doing so compromised the institution’s moral stance, thanks to the dictates of ObamaCare. While most Evangelicals are not opposed to all contraceptives, many tend to oppose methods that cause abortions by preventing the baby from implanting. As the Chicago Tribune notes:

[M]ethods such as intrauterine devices and FDA-approved morning-after pills that prevent a fertilized egg from attaching to the uterus would violate Wheaton’s religious principles because some evangelical Christians equate those processes to abortion.

What the news reports don’t say is that in the area where Wheaton is located (near Chicago), numerous low-cost health care clinics exist to serve the students. As Live Action reported recently, federally qualified health care clinics number over 9,000 across the nation, compared to Planned Parenthood’s mere 665. A map of all Federally Qualified Health Centers in the United States which serve women in need without providing abortions.

Of course, Planned Parenthood knows it is not the only option for Christian college students – or for anyone. Yet, the abortion giant sees Wheaton as a prime pimping ground for women who may be in need of health care. (Many of these college students are likely still on their parents’ health insurance plans, however, also because of an ObamaCare regulation.)

It probably doesn’t hurt that Planned Parenthood knows Wheaton leaders oppose them. The abortion giant is not exactly classy.

Planned Parenthood also knows that the other local health care clinics are not raking in the tax dollars at the rate PP is and, therefore, do not have the same money to advertise to these women.

Thankfully, Wheaton – dubbed by some in academia as the “Christian Harvard” –  has bright students keen on critical thinking who are, no doubt, smarter than Planned Parenthood and understand the rhetorical manipulation of the abortion profiteer.