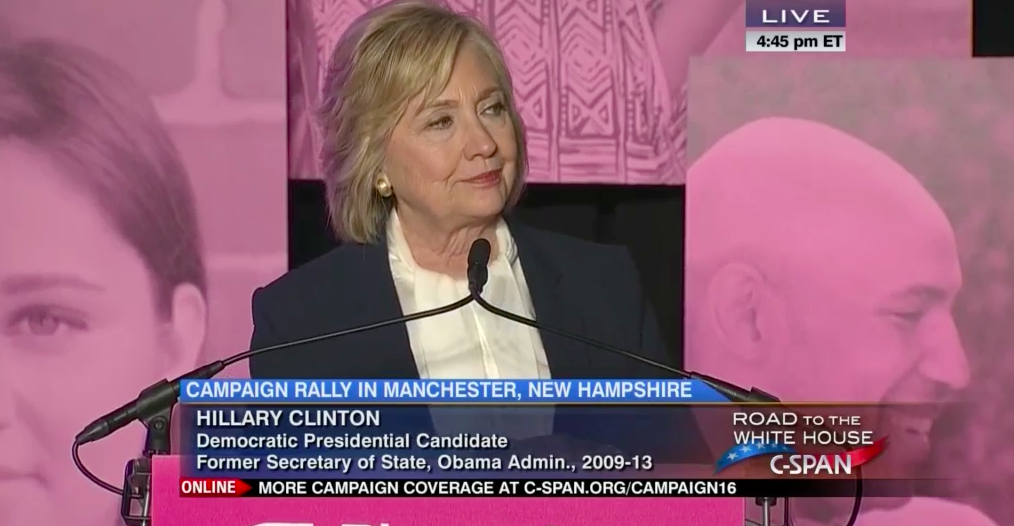 Planned Parenthood is losing support among constituents in the aftermath of its endorsement of Democratic front-runner Hillary Clinton for President.

The abortion giant’s Facebook page and social media platforms were flooded with comments from outraged supporters, who said they will no longer support Planned Parenthood after the group backed Clinton as a prelude to the primary elections. Some of Planned Parenthood’s core supporters even vowed to end financial contributions to the group and now agree that the abortion giant should be defunded.

Clinton is a recipient of Planned Parenthood’s Margaret Sanger Award and has advocated for the abortion conglomerate during the entirety of her political career. Clinton has received big campaign contributions from the abortion business, and will receive even more as the group prepares to spend at least $20 million on the 2016 elections. During a rally in New Hampshire Sunday, Clinton told Planned Parenthood supporters, “As your President, I will always have your back.”

While many of Planned Parenthood’s constituents back Clinton’s rival, Bernie Sanders — who holds a 100 percent rating from NARAL Pro-Choice America and also advocates extreme views on abortion—Planned Parenthood supporters realize that the group will put politics and its own bottom line ahead of what its advocates want.

Planned Parenthood’s endorsement of Clinton is the first primary endorsement of a presidential candidate in its 100-year history, and signals the group’s ever-increasing anxiety as 2016 segues into the presidential elections.  The U.S. Supreme Court will also consider Texas’ abortion law this year, which effectively shuttered abortion facilities across the state for failing to implement basic medical safety protections. How the high court rules on Texas’ H.B. 2 will determine the ability for states to regulate the abortion industry.

In 2015, a dozen undercover videos released by the Center for Medical Progress exposed Planned Parenthood corporate executives and top abortionists discussing brutal and gruesome fetal parts harvesting and abortion practices. The videos, along with the work of Live Action and pro-life organizations, have spotlighted attention on Planned Parenthood’s over $500 million in public subsidies.