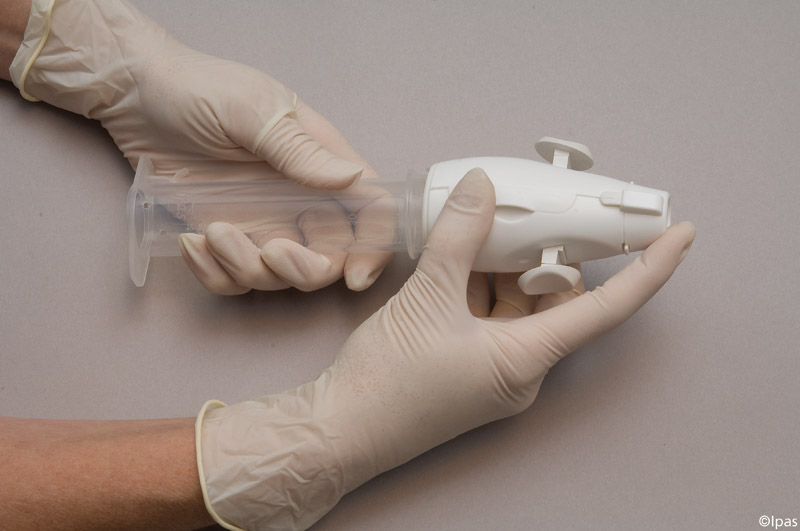 If you came in during the middle of the discussion, you would probably think they were talking about peanut butter.

Some people like crunchy peanut butter and others don’t. What they were actually talking about was abortion methods. The “less crunchy” kind yields better body parts, said Dr. Mary Gatter, former president of the Planned Parenthood Medical Directors’ Council. Gatter currently leads and advises both locally and nationally within Planned Parenthood.

The discussion came at another lunch meeting where a Planned Parenthood official enjoyed her drink and discussed dismembering babies, which she calls specimens. At issue is the method of abortion for women in their first trimester.

Gatter explains that there is a way to alter the abortion method that will increase the chances of getting a whole baby out. Most first trimester abortions are done with aspiration, and the most common is machine vacuum aspiration. In this method, an electric machine does the suctioning. Sometimes all of the baby doesn’t come out, and a dilation and curettage (D&C) is needed to clean out the uterus. It is more “crunchy,” as Gatter would say, because it sucks the baby out in pieces. In a manual aspiration, also know as MVA or IPAS, the abortion doctor uses a manual syringe. The doctor inserts this syringe much like a plunger, and is then instructed to “evacuate by slowly and gently rotating cannula and aspirator 180 degrees in each direction while using an in-and-out motion.”

The difference between the machine and the manual suction is a topic of Gatter’s discussion with a fetal parts buyer in the most recent undercover Planned Parenthood video. The manual method is often referred to as IPAS because that is the name of the system.

The distinctions between the machine and manual method are not huge, and some actually prefer IPAS, but the concern in the video discussion is that the women are being told they are receiving one type of abortion, but might possibly receive the other – without their knowledge – for the sake of extracting the whole baby, yet another fact that might bother women if they were actually informed. Let me explain to you a little bit of a problem, which may not be a big problem, if our usual technique is suction, at 10 to 12 weeks, and we switch to using an IPAS or something with less suction, and increase the odds that it will come out as an intact specimen, then we’re kind of violating the protocol that says to the patient, ‘We’re not doing anything different in our care of you.’

Now to me, that’s kind of a specious little argument and I wouldn’t object to asking Ian, who’s our surgeon who does the cases, to use an IPAS at that gestational age in order to increase the odds that he’s going to get an intact specimen, but I do need to throw it out there as a concern. Because the patient is signing something, and we’re signing something saying that we’re not changing anything with the way we’re managing you, just because we agree to give tissue.

When the buyer asks Gatter how she feels about that, a deeper discussion ensues:

Buyer: So, would you, I could see where it might present some sort of problem for you. So, to, if we could compensate more on something like that, or—

Gatter: Well, now you’re shading into the area of you’re paying me to do something that’s not right. So [laughs] that’s not what I want to talk about!

Buyer: No, I don’t, I don’t see that. What I want to make sure is that you, whatever you have to go through to deliver intact specimen, that that’s compensated. Not that I’m paying you to do something shady or—

Gatter: Well I will discuss it with Ian, our surgeon. We’ll see what he has to say.

Buyer: Do you have feelings about this?

They then discuss the alteration:

Gatter: No. Just slight variation of the technique.

Laurel: Which, the consent they’re signing is for suction aspiration, it doesn’t describe what kind it is.

Gatter: Yes, but I have heard people argue that for the tissue donation, it says we’re not doing anything different, so.

Buyer: That’s what I need to understand, because what I’m seeing it as, of course, I’m looking for intact specimens. You know from a medical perspective, the patient is receiving just as good of care. So help me understand the problem.

As the meeting is concluding, Gatter says:

And then, if we want to pursue this, mutually, I talk to Ian and see how he feels about using a ‘less crunchy’ technique to get more whole specimens.

If investigators can prove that Planned Parenthood has indeed changed abortion methods on women, the implications could be huge. It is against federal law not only to sell fetal parts, but also to alter an abortion procedure to get these parts. 42 U.S. Code § 289g–1 says: “No alteration of the timing, method, or procedures used to terminate the pregnancy was made solely for the purposes of obtaining the tissue.”

It’s not a technicality, however, because informed consent means the procedure being described is the one the patient should expect to have done.

If Planned Parenthood alters the technique, possibly adding several minutes to the procedure and causing more pain to the woman, that is a significant difference. Does Planned Parenthood truly believe that increasing a woman’s pain unnecessarily is a merely “technical”? So much for “Care. No Matter What.”

The reason to change procedure would only be the purpose of acquiring an “intact specimen” which means “whole baby” in human terms. By doing this, the concern Planned Parenthood claims for the woman is no longer prevalent. Now, her procedure time and pain will be increased without her knowledge to focus on collecting the baby.

Planned Parenthood will tell the woman it’s “just a blob of tissue” or a “clump of cells,” but if they change the technique to gain a whole person with everything intact, they are proving themselves as liars, as well as lawbreakers.