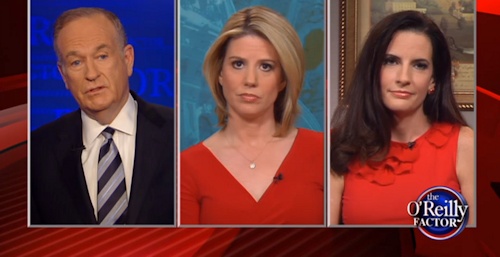 On the O’Reilly Factor last night, Bill O’Reilly, along with Kirsten Powers and Kate Obenshain, discussed Planned Parenthood, and whether or not there is a war on babies in America today.

It’s odd that there seems to be this need, even from self-proclaimed pro-lifers, to portray Planned Parenthood as a good organization, aside from the abortions. Live Action’s investigations have shown otherwise time and time again, as Planned Parenthood has been caught giving inaccurate medical information, using manipulative counseling to coerce women into getting abortions, covering up sexual trafficking and statutory rape, and even willingly carrying out race-and-sex-based abortions. Meanwhile, 94% of babies whose mothers take them into Planned Parenthood won’t end up coming out alive. Planned Parenthood is waging a war on babies for sure, but they aren’t doing so alone. Remember, they’re receiving half a billion dollars in taxpayer funding, so we can’t really call this Planned Parenthood’s war on babies. No, it’s much worse than that. With our money and complicity, this isn’t just their war. It’s America’s war on babies, too.