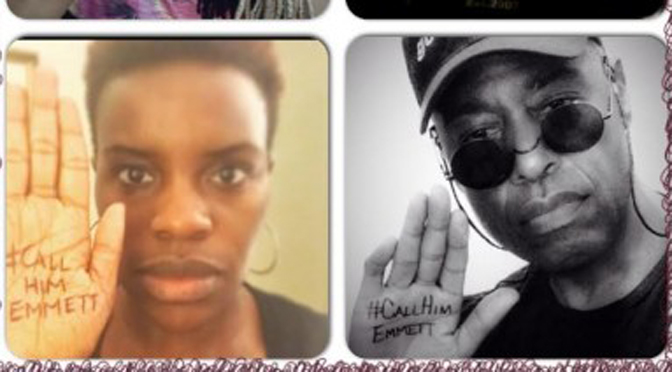 In your recent article titled, “What you must know about Planned Parenthood and Black Women,” writer Cynthia R. Greenlee calls into question a pro-life initiative named after Emmett Till. Greenlee writes:

Just days after what would have been Emmett Till’s 74th birthday, Students for Life unveiled a video in which clinic staff allegedly scrutinized an aborted fetus. “Call him Emmett,” suggested the video, and make him this century’s civil rights symbol — just like the 14-year-old Emmett Till’s murder by White Mississippi racists galvanized the modern civil rights movement.

Let’s call the video what it is — the latest in the anti-abortion movement’s appropriation of civil rights and its crass manipulations of history.

The Students for Life video, “Call Him Emmett,” is a response to a series of undercover videos from the Center for Medical Progress. To the horror of most, the footage takes us into the abortion labs where we view the remains of fetuses stored in refrigerators and in petri dishes.

In the 4th video shot on April 7, 2015, we see Planned Parenthood’s Dr. Savita Ginde and a medical assistant sorting through the tissue of an 11-week-old aborted preborn child. “Here’s some organs for you,” Dr. Ginde says. “Here’s a stomach, kidney, heart.” Then a medical assistant exclaims: “Another boy!”

When Kristan Hawkins, President of Students for Life, saw that boy, she was pierced in her heart. He wasn’t just “another boy” in her eyes. She wanted to give him something that possibly no one ever would. Her heart desired to bestow value upon this 11-week-old human being. Kristan gave “another boy” a name. She called him Emmett.

As a Black woman who cherishes history, I know the sensitive nature of Emmett Till’s story. High school was the first time I heard of his brutal murder. At 15, I was grieved for Emmett and angered over the injustice that took his life. Later in my 20’s, my mother confessed to paying to abort me. If not for the words of an elderly African American janitor telling her in the hospital, “God would give her the strength to have me,” I would have lost my life. My mother and I

When I saw Emmett’s broken body in high school, I saw a Black teenager like me. When I look at the broken body of an 11-week-old boy in a petri dish, I see a person, who suffered a death I could have. This is one of the reasons I am part of the Students for Life project #CallHimEmmett.

Emmett Till’s story belongs to us all. We all can learn from history and relate to it as we see fit. History has no police force guarding our interpretations of his experience. We can draw from his story in the past to help us process present injustices against humanity. This is why 60 years later, it still speaks to us.

We are calling the 11-week-old preborn boy seen in the videos Emmett because he deserved a name. He represents millions of children whose bodies have been unjustly broken through abortion. Our intention in naming Emmett was not to shame Black woman, but rather to awaken them. The images of Emmett’s body were a catalyst to awaken a nation. We want the images of this 11-week-old boy lying in a petri dish to do the same. Emmett Till’s killers threw his body in a river, but he surfaced. Planned Parenthood tries to hide their practice of manipulating abortion procedures and their illegal sales of body parts, but the truth is washing up to the shore. Over 16 million Black children have been picked apart in abortion labs and countless hearts sold for science.

Since my mother left her abortion appointment, my heart still beats. That’s why I will use it to fight for justice on the behalf of the preborn and the woman and men impacted by abortion. I am very grateful for my other Black brothers and sisters who stand against abortion with me. Praying for LIFE outside an abortion clinic in Atlanta

Visit www.CallHimEmmett.com to write a message of love and hope to baby Emmett and the millions of nameless ones no longer with us.