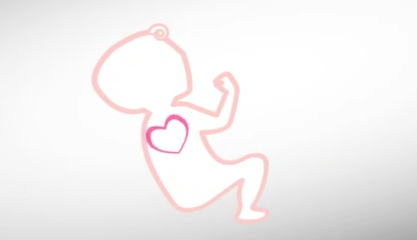 Medical experts recently convened in Dublin, Ireland at a major International Symposium on Excellence in Maternal Healthcare to discuss abortion and whether or not it is medically necessary.

These medical experts and others have confirmed that abortion never saves the life of a woman; rather, it only kills an unborn child. Ireland’s experience in maternal health care and its laws that prohibit abortion stand as a tremendous example to the world that an abortion-free country not only saves the lives of unborn children, but also makes things better for women.

According the United Nations (U.N.) and the World Health Organization (WHO), Ireland is the safest place in the world for a woman to have a baby. Ireland’s legal setup also protects women from post-abortion heartbreak – or worse, death. If you think that abortion is “safe,” watch Live Action Advocate’s most recent investigative video.

The Life Institute’s video clearly and succinctly assembles all the facts in a mere 90 seconds. Abortion is never medically necessary, and women do not need abortion in order to preserve their lives.

Abortion campaigners in Ireland have been challenging Ireland’s pro-life laws for nearly 30 years, scare-mongering about the need for so-called “life-saving abortion.” In America, we have seen something similar, where abortion campaigners continue to fight for fewer and/or no restrictions “abortion access” because “women’s lives depend on it.” Well – the evidence is out, and it reveals that this claim is a flat-out lie.

The new Life Institute video uses sharp, concise dialogue and motion graphics to show that abortion is never necessary – and the testimonies of leading medical experts support that contention.

The Institute of Obstetricians and Gynecologists testified that treatment for ectopic pregnancy, cancer, pre-eclampsia and other conditions arising in pregnancy are not considered abortion by the professional since there is no intent to harm the unborn child.

A major medical review testified that Irish women are never denied medical treatment in Ireland for any condition arising in pregnancy, regardless of Ireland’s ban on abortion.

It would never cross an obstetrician’s mind that intervening in a case of pre-eclampsia, cancer of the cervix or ectopic pregnancy is abortion. They are not abortion as far as the professional is concerned, these are medical treatments that are essential to save the life of the mother.

The outcome of a major International Symposium on Maternal Health held in Dublin this year has also been made available. The select panel of leading experts at the conference issued the Dublin Declaration, which states:

As experienced practitioners and researchers in Obstetrics and Gynecology, we affirm that direct abortion – the purposeful destruction of the unborn in the termination of pregnancy – is not medically necessary to save the life of a woman.

It’s time for the truth to be revealed to America, Ireland, and the rest of the world. Abortion never saves the life of the mother; it only kills a child. It’s time we stand up to protect mothers and their babies from the horror of abortion and expose the truth that abortion is never medically necessary.

Please watch and share the Life Institute’s “Zero” video to expose the truth that abortion is not medically necessary…ever.