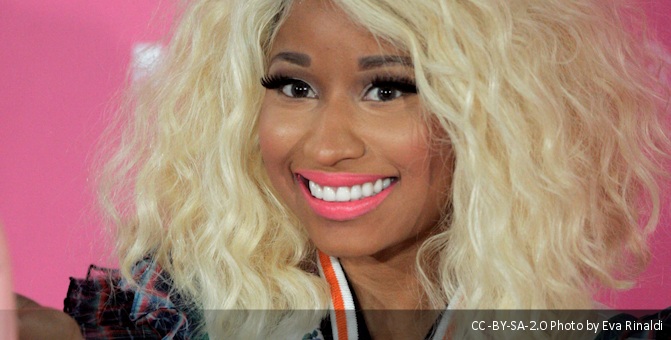 The latest episode of Saturday Night Live featured rapper Nicki Minaj as its musical guest. While many may know Minaj for her more upbeat tracks, such as “Starships,” her performance on Saturday featured the incredibly personal “All Things Over.”

In the song Minaj sings about having been proposed to, as well as about a baby, who was either aborted or miscarried. Minaj likes to think of the baby as being an angel to her younger brother, Caiah:

“I want Caiah to go to college just to say we did it/My child with Aaron would have been 16, any minute / So in some ways I feel like Caiah is the both of them / It’s like he’s Caiah’s little angel, looking over him.”

The rapper has also referenced a likely abortion with another deeply personal song, “Autobiography,” from 2008. An entire chunk of the song is devoted to asking a child for forgiveness:

Please baby forgive me, mommy was young
Mommy was too busy, tryn’a have fun
Now I don’t pat myself on the back, for sending you back
Cause God knows, I was better than that
To conceive you then leave you, the concept alone seems evil
I’m trapped in my conscience I adhered to the nonsense
Listened to people, who told me, I wasn’t ready for you
But how the…(f*ck) would they know, what I was ready to do?
And of course, it wasn’t your fault
It’s like I feel it in the air, I hear you sayin’
“Mommy don’t cry, can’t you see I’m right here?”
I gotta let you know, what you mean to me
When I’m sleeping, I see you in my dreams with me
Wish I could touch your little face, or just hold your little hand
If it’s part of God’s plan, maybe we can met again

Nicki Minaj revealed that writing the lyrics to this song, which also addresses her father burning down their house and trying to kill her mother, made her cry.

It’s not difficult to imagine why even just listening to, never mind writing, such lyrics would bring about tears. Such lyrics reflect deep regret, as well as how the abortion may not have even been her idea. But Nicki also honors the person her aborted baby was, and even hopes to “meet again” with him or her, “if it’s part of God’s plan.”

It is certainly touching that Minaj is using her talent as a performer to sing about an aborted child. She doesn’t seem to be rallying for cause or making some kind of a political statement, but rather she is singing about her own personal experiences. It goes to show that women do regret their abortions, but that there is hope in forgiveness and in honoring the lives of their children.