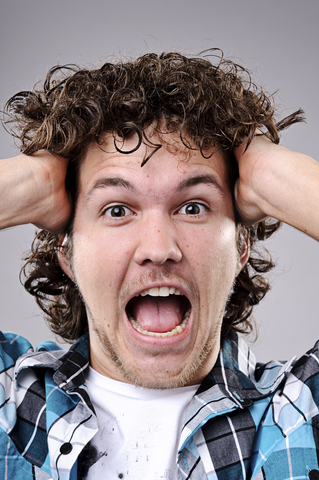 Officials in Dane County, Wisconsin have just approved spending $250,000 on a housing project aimed at helping at least 20 low-income or homeless people. Normally, a county decision like this wouldn’t be particularly newsworthy, except that the officials had the chance, less than two months ago, to have a 36-unit housing project built with only loaned city money, and they tanked the offer. Thanks to NARAL.

With NARAL’s constant screaming about how much they care for the poor and women, one would think the group would be thrilled when a plan is submitted to build a 36-unit low-income housing project in a high-need area of Dane County. Especially since the groups involved in the project were requesting only a city loan (which they were going to pay interest on, thereby making the city money), and they were doing all the work themselves.

Unfortunately for people in need, the main group backing the project was a pro-life organization, and that was just too much to handle for NARAL Wisconsin. Despite the fact that the Care Net Pregnancy Center, the group proposing to build the housing units, would be legally barred from spreading religious or political views and couldn’t discriminate against tenants, several members of NARAL, including the former executive director of the group, managed to persuade city officials to shun the request for a city loan, potentially burying the entire project. Why? Because they might fill the units up with “like-minded tenants” (despite, as aforementioned, the fact that they couldn’t legally do that), and Care Net Pregnancy Centers “mislead” women about the risks of abortion.

Now, first, Care Net services aren’t going to be given on the property. In fact, Care Net had hired a separate firm to screen tenants and manage the development, so the two issues aren’t actually connected. Add to it that even NARAL’s undercover investigation of this particular clinic hadn’t found any evidence of alleged “misleading” and – for the third time – it would be illegal for Care Net to discriminate or spread religious or political views, one would have thought that planning officials would recognize the ridiculous nature of the complaint.

But clearly, it’s far better for people to continue homeless than to be helped by a group that’s pro-life. According to Ald. Joe Clausius, it would be wrong for taxpayers to support the project (apparently even in the form of a loan, which will actually bring the city money, not take it away). After all, Clausius explained, as he urged members to vote against the loan, “I’m a lifelong pro-choice person[.]” Ald. Matt Phair gave perhaps the most rational explanation of his concerns by dismissing all of Care Net’s evidence that the housing project would be separate from the pregnancy clinic, and the legal counsel pointing out that Care Net had to keep it that way, by pontificating that “in the real world,” “there’s a connection without the connection.” Which clarifies the situation perfectly.

Despite the fact that Mary Charnitz of the Community Development Block Grant office warned the Board members that legally, they could not discriminate against Care Net “because of their political beliefs or medical philosophy as long as they do not impose that on the housing” and pointed out that Care Net (for the fourth time) couldn’t bring “their religious affiliations and political beliefs into this project,” the supposed “connection without the connection” was enough to cause city officials to bury the needs of the homeless in favor of making sure they will never, ever, in any way be exposed to pro-life beliefs and information. Which clearly does far more for the poor than giving them a roof over their heads and warm place to live.

So now the city has voted to spend $250,000 of its own money, instead of getting interest back from a loan, on a development that helps just over half the people who would otherwise have been helped.

Fortunately, the people at Care Net intend to apply for some federal funding and proceed with the project as they are able, and one can only wish them the best of success, as they truly care for women and the homeless.