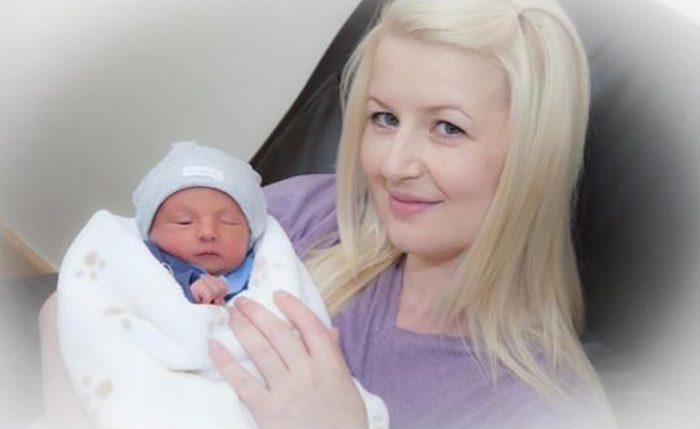 At 21 weeks gestation, Sarah Hynes learned that her preborn son, Seán, had Edward’s syndrome, or Trisomy 18. Hynes had never heard of the condition and was devastated when doctors told her that her son was “incompatible with life.”

Told that she had the option to abort, Hynes knew immediately that she would choose life for Seán. “I knew straightaway that’s not how I wanted to deal with this situation,” she told Newstalk FM.

She continued with the pregnancy, knowing that at any moment she could miscarry. Even if Seán survived the pregnancy, there was no way to know how long he would live outside the womb. “It was hard,” explained Hynes. “I’m not going to lie. It was hard. We had good days and bad days. We tried our best to make good memories.”

Her twin daughters, age 14, were told about their brother’s condition, and were in agreement that he should not be aborted.

Hynes said she had explained her reasoning to them, saying: “It’s not up to me to end his life. I’m his mother, it was my job to protect him. I wanted to give him that chance. I just couldn’t give up on him.” Seán survived the pregnancy and his birth, and lived for two days outside the womb. Hynes calls those two days a blessing. A photographer took photographs at the hospital, and everyone from the family was there to meet Seán, hold him, and love him.

“He was never touched by the evils of this world,” Hynes said. “He only knew love.”

Hynes calls Seán a “fighter,” and says she has no regrets about her decision to refuse abortion, saying she wouldn’t have been able to live with herself if she had.

“It wasn’t my decision to end his life,” Hynes explained. “I wanted to give him the best chance possible. I know his time was short. It was only two days. But it was his life all the same. It was two days that we wouldn’t have got if we had gone down that route [of abortion].” Hynes is upset by the fact that her doctors didn’t have any pamphlets of information available on Trisomy 18, and she had to go home to Google the information, most of which she found to be incorrect. She wants parents to have accurate, up-to-date information when learning of a diagnosis for their child.

While most people born with Trisomy 18 don’t live long after birth, some defy the odds, including Donnie Heaton who lived to be 22 years old.