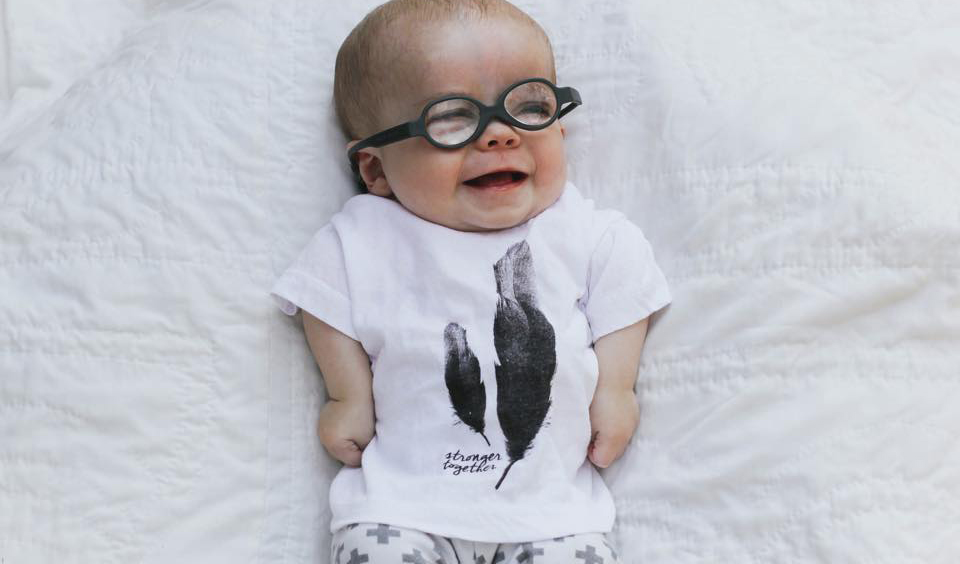 Baby Jude Peters, or the “brave little warrior,” as his parents call him, has turned one! His first birthday is worthy of great celebration because Jude is living with a disease that only 53 people in the world have.

Jude has rhizomelic chondrodysplasia punctata (RCDP), which is a rare form of dwarfism.  Parents Hannah and Sully Peters refused to abort Jude even when doctors pressured them to “terminate and try again.” As Jude’s birthday approached, Hannah and Sully Peters were featured in a video interview with FOX News.

“They told me that he might not be compatible with life outside of the womb,” Hannah Peters told FOX News. “Then when he was born, they sent him home on hospice and said he wouldn’t make it a few weeks.”

As FOX reported, doctors say that 60 percent of people with RCDP die within the first year, and 30 percent before their second birthday. Is it any wonder that the Peters have reason to celebrate their miracle child?

Hannah Peters shared the following message on her Facebook page:

On April, 17th 2014 at 3:06 am, I got to meet my son and my hero. Happy birthday, Jude Sullivan Peters. You’re the bravest, most joyful, loving, strong, life changing and beautiful boy.

It is my greatest honor and joy to be your mama. I would give you the world if I could. More reminiscent posts to come. I am the proudest mama to be celebrating my ONE YEAR old MIRACLE!!

The Peters family is fighting hard for Jude’s story to be heard. They are raising awareness for a clinical trial for a treatment that could help children with RCDP. It would take funds and support to make this possible, however, the treatment could save the lives of children with RCDP.

Hannah and Sully Peters chose to give their baby life in spite of the challenging circumstances, and now they are fighting hard to sustain little Jude’s life.