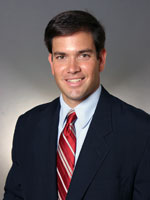 Proving that journalistic objectivity is a thing of the past, the Washington Post and MSNBC have demonstrated ignorance and irresponsibility in a semantic parsing of Senator Marco Rubio’s simple comments that science shows that life begins at conception.

Rubio’s statement was in response to comments on the science behind climate change. He said:

Let me give you a bit of settled science that they’ll never admit to. Science is settled, it’s not even a consensus, it is a unanimity, that human life begins at conception. So I hope the next time that someone wags their finger about science, they’ll ask one of these leaders on the left: ‘Do you agree with the consensus of scientists that say that human life begins at conception?’ I’d like to see someone ask that question.

Both the Washington Post and MSNBC went at him with arrogant boldness, seemingly determined to wag their fingers about philosophy and religion instead of analyzing science.

There’s a blurry line between ‘pregnancy’ and ‘life’ in this discussion. When we asked ACOG if the two were interchangeable, we were told that the organization ‘approach[es] everything from a scientific perspective, and as such, our definition is for when pregnancy begins.’ On the question of when life begins, then, the scientific experts we spoke with didn’t offer any consensus.

Bump continues by trying to sound like Rubio is only speaking from a philosophical view:

’Life’ is something of a philosophical question, making Rubio’s dependence on a scientific argument — which, it hardly bears mentioning, is an argument about abortion — politically tricky. After all, if someone were to argue that life begins at implantation, it’s hard to find a moral argument against forms of birth control that prevent that from happening. If that someone were, say, running for president as a conservative Republican, that could be problematic.

Bump is not alone in trying to attack Rubio on his politics and philosophy rather than the real issue.

MSNBC’s response, which called  Rubio’s comment a “scientific blunder,” was more ironic than anything. Its story on Rubio’s comment criticized him for commenting on abortion at all:

Florida Republican Sen. Marco Rubio recently fired back at criticism of his stance on climate change – he said last weekend that he did not believe climate change is caused by human activity – by changing the subject to abortion.

So MSNBC changed the subject to show its blatant bias against life. Using a “news” article as an editorial vehicle, MSNBC said:

In fact, ‘life’ and ‘conception’ aren’t scientific terms, and the rights of a blastocyst, embryo or fetus compared to the pregnant woman aren’t up to scientists; they’re subjective, based on personal, religious, or political commitments. But it’s ironic that Rubio should mention science and abortion. He and his fellow Republicans have passed numerous laws restricting women’s health with stated rationales that directly contravene scientific or medical consensus.

MSNBC then uses its space to detail the type of abortion laws Rubio has supported, and then adds more commentary, even branching into South Dakota laws, thus turning its whole article on Rubio into a pro-choice diatribe that really had little to do with Rubio.

Rubio is scientifically correct, of course, regardless of terms. Unlike these articles, Rubio was commenting on the clarity of scientific evidence, not what terms are used by people. Picking apart semantics — the difference between pregnancy beginning and life beginning, for example — show the ways in which the abortion industry has broken down reality to serve its own purposes. If a woman is pregnant, and if that pregnancy continues, she will birth a life, not a pregnancy. To call life a philosophical or religious term is utter ignorance. In fact, it’s troubling because it suggests that life should be valued only if one’s personal values allow it. The deconstruction of absolutes can only self-destruct.

Both pieces actually are making political statements as well as moral ones, and both are ludicrous in light of the science, which, indeed, shows that new life begins when sperm and egg fuse – whatever term you give it.