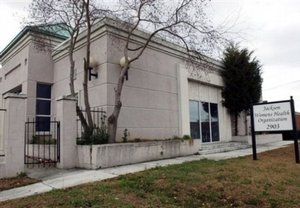 Rov v. Wade mandates that abortion be legal in the fifty states of the USA.

It does not require that abortion be accessible.

Passed by a large margin in the Republican-led Mississippi State Legislature in April, this bill targets the Jackson Women’s Health Organization. Otherwise known as Mississippi’s sole abortion clinic, the Jackson facility recorded performing 2,378 abortions in the last year alone. In light of the bill, the clinic’s abortionists have promptly applied to several local hospitals in an attempt to gain the necessary admitting privileges to continue their practice at the Jackson abortion clinic. However, obtaining these privileges is not as simple as it sounds. According to the Mississippi Business Journal:

Those privileges aren’t easy for doctors to get, either because they live out of state or because some religious-affiliated hospitals might refuse to associate with people who perform elective abortions.

While proponents of the bill assert that it is designed to protect women from unregulated and unsafe procedures, they have also been upfront about the intended impact: the closure of Mississippi’s only remaining abortion clinic. After signing the bill into effect, Governor Phil Bryant confidently stated, “If it closes that clinic, then so be it.”

As usual, pro-choice opponents of the bill completely ignore the fact that the legislation provides an extra measure of safety for women undergoing the abortion procedure, and instead rant about how the bill is a threat to women’s choice. Michelle Movahed from the Center for Reproductive Rights writes, “It’s a really common strategy for anti-choice legislators to try and regulate the (provision) of abortion out of existence.”

Pro-choicers could never admit that a pro-life law might actually be good for women. Because that would mean acknowledging that the pro-life movement cares about women, too. And when they can no longer label us as “women-haters,” they have few names left to call us.

There are hundreds of ways to fight to end abortion in our country, and this law is yet another clever way to attack the abortion clinics that kill 1.21 million of our unborn children each year.