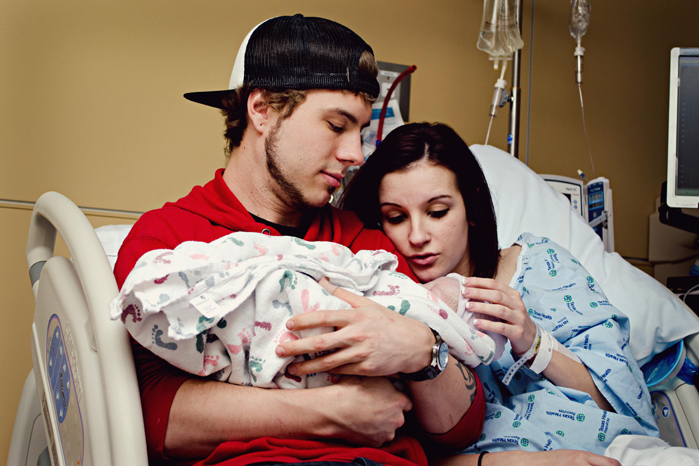 Recently, everyday parents have spoken out on social media about choosing life for their children despite the odds.

Despite a flood of voices telling them to abort, they said no.

Despite doctors’ predictions of low-quality life, they saw the value in their child and said yes to life – however short.

Despite those who may forget, they remember the precious children who were miscarried.

Despite scheduling an abortion, they walked out, knowing that the decision they made in that moment would change their lives in the best way, forever.

Danny, who has written one of Live Action’s most popular opinion articles (see it here) and is about to release his first album with Commander Wallace, shared this Facebook post: “Every real musician has been told to quit. That you suck. That you won’t make it. I was told that I couldn’t be a great musician AND a great dad, that if I kept my kid I couldn’t be a serious musician. I intend to prove that silliness wrong. – Danny” Another girl (Live Action told her story of walking out of a Planned Parenthood here) wrote this on Facebook on June 17, 2015:

Three years ago I was told I should consider an abortion for [my son]. The Doctors thought he had hydrocephalus, and would be brain dead. I’m praising God today that my son is beyond perfect and is the light of my life.

Carolyn, author of the article “I Chose Life. And His Name is Lexington Anthony,” had this to say:

Lexington is a unique and separate little life.

Many times you’ll hear some older person talking about their life in a boring, unsatisfied tone saying, “Yeah I coulda done this or that, but life happened. . . .”

YES. Life. It happened.
Lexington happened.
He was supposed to happen.

You can read the rest of Carolyn’s story here. Lora, inspired by singer Kimberly Henderson’s story of walking out of an abortion facility, shared her own beautiful choice for life. Her four quad babies have now graduated from school and are wonderful adults (pictured in the lower right-hand corner). “I was told by two Dr.’s I needed to abort two of my babies because I was pregnant with QUADS. I cried and cried thinking I was going to die and the babies were not going to make it but by the grace of God I chose to not have an abortion and I gave birth to a healthy set of Quads and they truly are my 4 Miracles…”

So this week, let’s celebrate the moms and dads who choose life. And, if or when we are ever personally faced with such a choice, let’s join the growing number of parents who know that life is always the choice worth making.

Choose life. No matter what.

Editor’s Note: If you are a father, wanting to stop the abortion of your child, read this. If you are a mother, being pressured into an abortion, go here. Here are 10 reasons not to have an abortion and a beautiful, scientific website with pictures, ultrasounds, and videos of preborn babies at every stage. Here’s an article about CNN’s report on hundreds of women who regret their abortions.