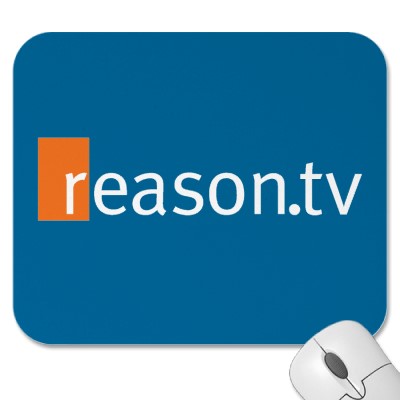 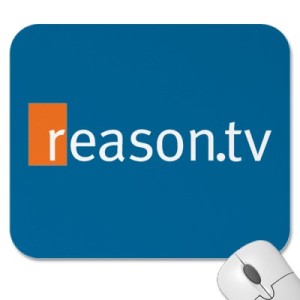 Personally, I find libertarianism paradoxical. It styles itself as sort of a purer, more philosophically focused version of conservatism’s individual-liberty, limited-government ethos, but when it comes to some of the biggest areas where the two movements differ, rigorous application of objective principles seems to go out the window. Last January, we discussed an overview of libertarian perspectives on abortion put together by Reason magazine, in which the authors failed to reach a consensus on whether there was a single libertarian answer to the issue and suggested that just under a third of libertarians are solidly pro-life.

On Sunday, Reason released the video of a follow-up, a panel discussion between pro-life Mollie Hemmingway of Ricochet and pro-choice Katherine Mangu-Ward and Ronald Bailey of Reason, moderated by Reason’s Nick Gillespie. Daniel Klaaren has a summary of the event at America’s Future Foundation. It’s an interesting listen, and Gillespie does a good job of ensuring that a diverse range of questions and subjects are explored, but none of the participants’ pronouncements were dug into long enough to truly test their logic.

Bailey agreed that of course every human life once started as a fertilized egg, but took issue with defining the moment of conception as the start of human rights, saying that “at least 80 percent of fertilized eggs never implant, they never create a pregnancy, they never become people; and therefore I find it odd to give rights to things that don’t become people, typically.”

“Become people” is problematic enough, but more on that later. I find it odd that survival rates would determine the rights of any group. Also, a self-professed libertarian should know better than to speak of rights as something “given” to people by other people, rather than intrinsic qualities we already possess. Then again, in order to maintain a pro-choice position, divorcing “unalienable” from “rights” is almost a prerequisite.

Bailey went on to explain that the concept of acquiring rights as we develop is already well accepted in society. “We also have a sliding scale of rights,” Bailey said. “People get more rights as they become older over time. We don’t allow children to do certain kinds of things and so I think that that is part of that continuum.”

Y’know what can’t be found anywhere among those things “we don’t allow children to do”? Living. While we obviously restrict minors’ freedoms in a wide variety of areas, Bailey completely ignored the fact that that’s entirely for their own long-term welfare. We vest parents or legal guardians with such decision-making power with the understanding that they’ll act in their children’s best interests, not their own interests at the expense of the kids’ well-being, with penalties including revocation of custody if they fail to do so. Bailey’s “sliding scale of rights” couldn’t possibly be less applicable to abortion.

Bailey articulated a couple different standards to determine the start of human rights.  “At some stage,” Bailey explained, “it would have to be with significant enough brain development to be able to have some sense of self-awareness…the other problem with that is I’m much more comfortable with viability as the standard, because that is the point where someone else can decide to start taking care of the entity…instead of imposing the burden on the woman who’s carrying the fetus to maintain [the pregnancy].”

Throughout the panel, Bailey repeatedly pointed to this premise of human non-persons as justification for his views, but he wasn’t directly challenged to explain why self-awareness was the authoritative quality, or what made viability morally significant. Gillespie did get him to acknowledge that viability is somewhat arbitrary in the sense that improving technology will make a baby “viable” at earlier stages, but Gillespie didn’t press him on the implications of that – how it could possibly be that the treatment we owe someone could possibly depend on external factors utterly unrelated to what he or she is.

Finally, Gillespie posed the same questions about the beginning of life and the beginning of rights to Mangu-Ward. Mangu-Ward defended her pro-choice position in more familiar libertarian terms. “Lots of really smart people disagree on the answers. This suggests to me that we should devolve decisions on this to the lowest possible level because it is wildly unlikely that the state will arrive at the right answers and institute those in law.” Mangu-Ward echoed this argument later in the debate, likening the state’s efforts to regulate abortion to its efforts at regulating the economy.

Mangu-Ward prefaced it by declaring that she didn’t know “any of the answers probably to any of the questions that you’re going to ask.” That should have prompted a follow-up of “then why are you on a panel about it?,” but her point was essentially that government should stay mostly out of it because the answers are effectively unknowable, which is easily the most preposterous argument made all hour.

First, its premise is wrong – the unborn baby’s biological status is very knowable, and American law is based on a natural-rights framework through which clear answers about the right to life can be reached. Sure, we can’t empirically know the precise nature of the soul, but we can consult reason, philosophy, and theology to assess its likelihood. Notably, Mangu-Ward says placing the cutoff point at birth doesn’t necessarily have great moral weight but does have “very strong customary weight.” Well, if “customary weight” is a valid criterion, then that would certainly seem to open the door to voters’ sensibilities about life’s divine value. Second, “we don’t know if it’s murder, therefore let’s proceed as if it isn’t” is the exact opposite of how responsible ethics works. If we don’t know for sure whether abortion is murder, and there are serious-but-not-definitive reasons why it may be, then decency dictates we err on the side of caution and avoid abortion’s potential harm.

There’s a lot more in those fifty minutes we could dig into; I’d strongly encourage our readers to listen to the whole thing when they have the time. For a philosophy of such uncompromising certainty as to where everything from drug laws and wiretaps to public schools and welfare programs falls on the individual liberty scale, there’s really no excuse for such muddy thinking about the ultimate assault on liberty.