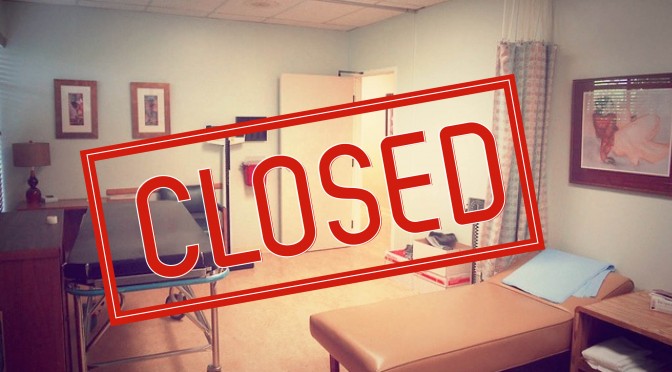 As Live Action News has covered, Lexington abortion facility EMW Women’s Clinic has been closed since June, when the Kentucky Court of Appeals granted an injunction against the clinic sought by Governor Matt Bevin.

In February, the Cabinet for Health and Family Services received an anonymous tip that EMW exclusively performed abortions without a license. Cabinet inspectors reportedly discovered the clinic was operating without a license, in what they described as unsanitary conditions – including dust on equipment. Kentucky state law requires all full-time abortion facilities to be licensed.

Attorneys for the abortion clinic argued that the law does not apply to EMW, since they claim it is a women’s health clinic which also offers abortions. But EMW’s co-founder, Ernest Marshall, has testified that most of the clinic’s work is abortions, according to the Lexington Herald-Leader.

EMW has failed to demonstrate why it should be exempt from licensure as an abortion facility. EMW exists solely to perform abortions and provides little to no proof it does anything else other than performing that service in potentially substandard conditions, proving precisely why the Commonwealth requires these facilities to be licensed in the first place.

Bevin praised the Supreme Court’s decision. “The laws of Kentucky matter and must be followed,” he said, “even when individuals, corporations or lower court judges think otherwise.”