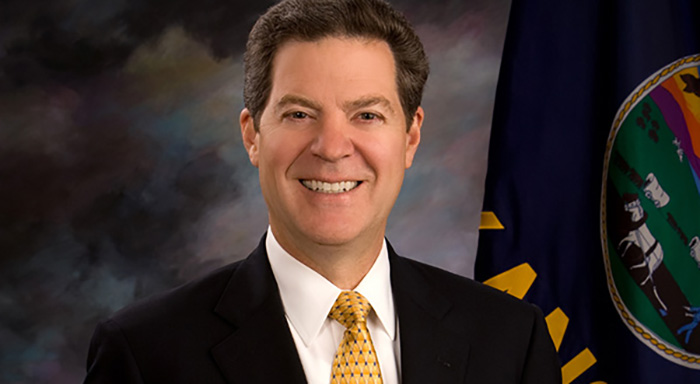 In his State of the State address Tuesday, Kansas Governor Sam Brownback announced Planned Parenthood will no longer receive public funding through the state’s Medicaid program.

Addressing a joint session of the Legislature, Brownback encouraged lawmakers to make the mandate state law.

“The time has come to finish the job,” the governor urged.

Brownback has ordered the state’s Department of Health and Environment to ensure “not a single dollar of taxpayer money goes to Planned Parenthood,” making Kansas the eighth state to defund the abortion giant.

“We must keep working to protect our most innocent Kansans, the unborn,” Brownback said. “We have become the shining city on the hill and the champions of life.”

A handful of states have taken action to eliminate the group’s public subsidies and to shift funding to comprehensive health care clinics.

“Not one more penny should go to Planned Parenthood, a scandal-plagued abortion business that does not provide comprehensive health care services for women,” Mattox wrote in a statement. “Gov. Brownback’s directive will terminate funding for Planned Parenthood, freeing up money for more widely available and more comprehensive low-cost healthcare options for women and families in Kansas.”

In 2011, Brownback signed a law to block Planned Parenthood from receiving federal family planning money through the state’s health department.